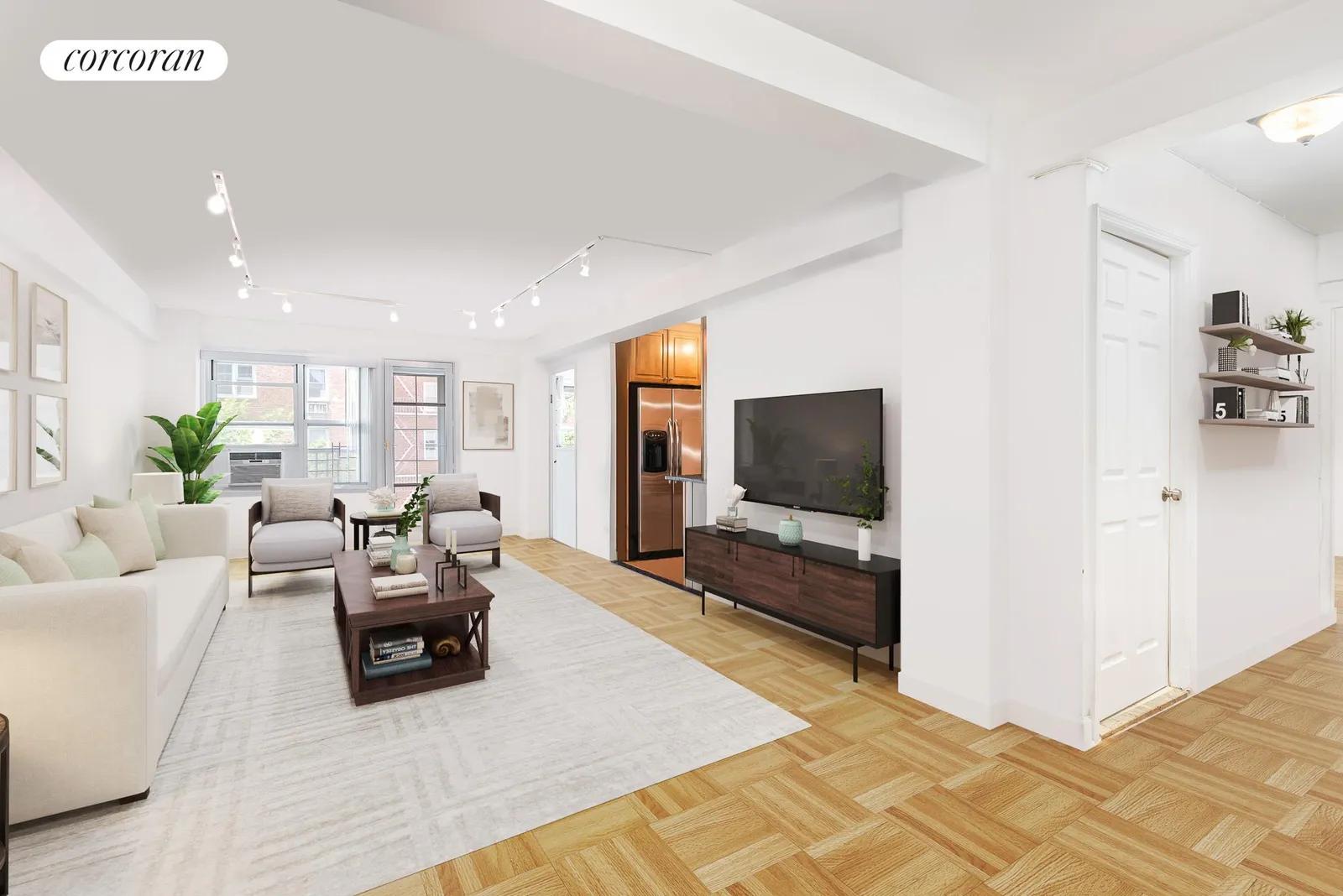 110 STREET and 112 STREET
Spacious, Bright & Open: 2-BEDS, 1-BATH in excellent condition has come on the market and is ideal for living and entertaining! This home features a large entry foyer, a massive living space, and a beautiful, fully equipped windowed kitchen. The apartment is on the fourth floor and bright, featuring the beautiful open western views of tree-lined 71St Road. The primary bedroom is king-sized with a wall of closets; ...
Listing Courtesy of Corcoran

Forest Hills takes its name from its own Forest Park, a sprawling green space surveyed and partially developed in 1895 by Frederick Law Olmsted, the co-mastermind behind Central Park and Prospect Park. This lineage continued with Olmsted’s son—Frederick Law Olmsted Jr.— who helped develop the planned community and sub-neighborhood of Forest Hills Gardens in 1909. Inspired by the so-called “garden city movement” in England at the time, strict guidelines were placed that continue to help this area maintain its original look and charm. With primarily residential streets and plenty of Tudor-style homes, Forest Hills has the feeling of a kingdom hidden in central Queens. Unlike Hogwarts or Narnia, however, Forest Hills is easily accessible by multiple forms of public transportation—subway, bus, and even Long Island Rail Road. All the perks of city living with all the trappings of the suburbs.