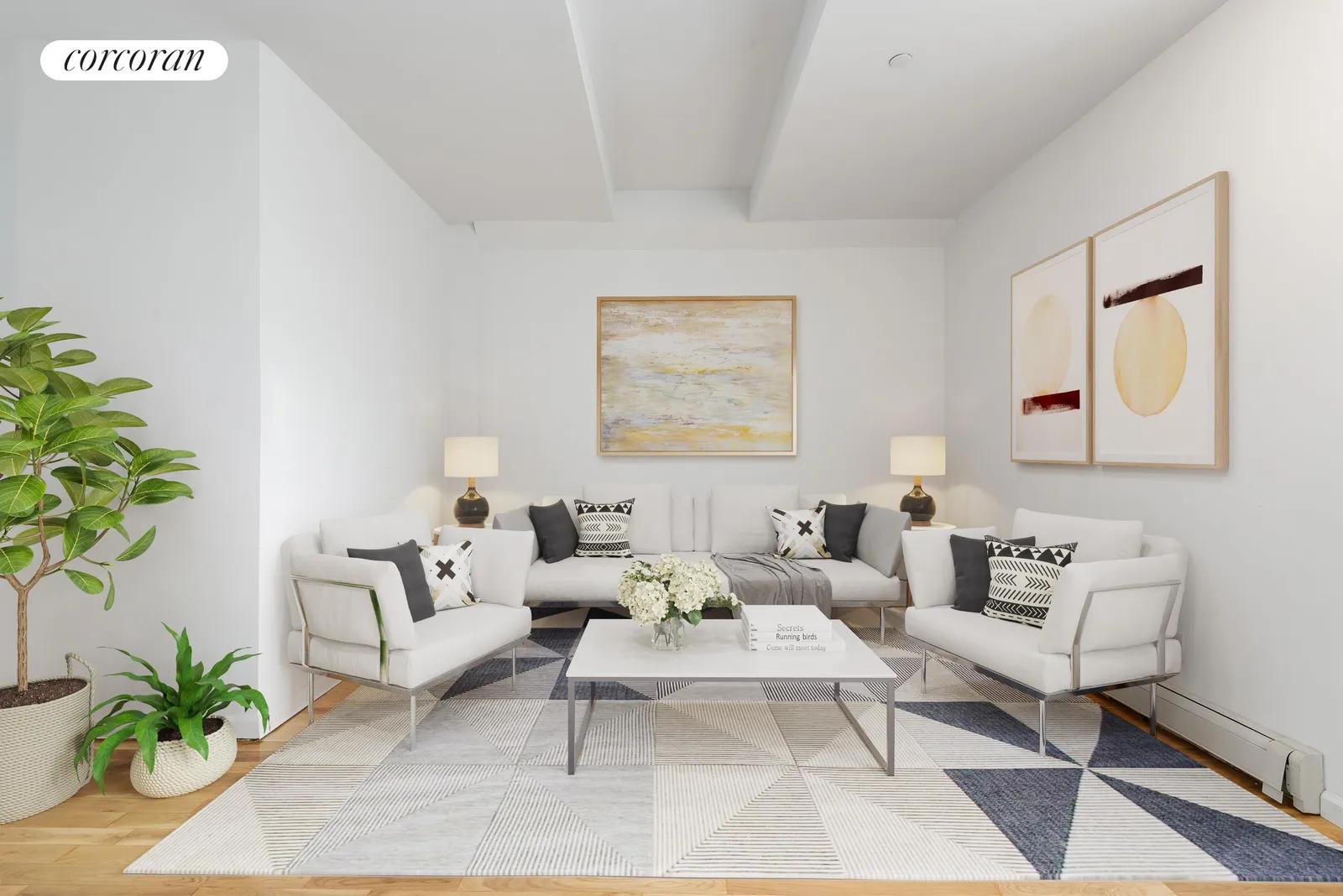 4 AVENUE and 5 AVENUE
Welcome to 422 49th Street #4F, a spacious 3 bedroom, 2 full bath duplex in Sunset Park, Brooklyn. This top floor penthouse building has a balcony overlooking a tranquil view and is perfect for summer grilling or some gardening. The north facing windows get plenty of sunlight while looking out onto the tree lined street of 49th Street in Sunset Park. The second floor duplex also has a small kitchen separate from t...
Listing Courtesy of Corcoran

Sunset Park’s namesake is an actual park in the area, which received its own moniker from the fact you can sit on its sloping hills and watch the sunset over the harbor. There may be few places better in the city to witness the sky above the Statue of Liberty and Manhattan’s iconic cityscape making its brilliant ombré transition into night. While residential development in Sunset Park expanded the rowhouse’s footprint across Brooklyn—with a specialty in the two-story-on-basement variety—the community gave rise to a movement that has since swept the city. Residents from neighboring Bay Ridge to far-off Inwood can thank Sunset Park locals for founding the city’s first co-op buildings on 43rd Street in 1916. Down on Brooklyn’s southwestern coast, Sunset Park captures much one could want out of a New York City neighborhood—plentiful public transit, blissful green space, waterfront views, fantastic food—and emerges as an exceptional entity.