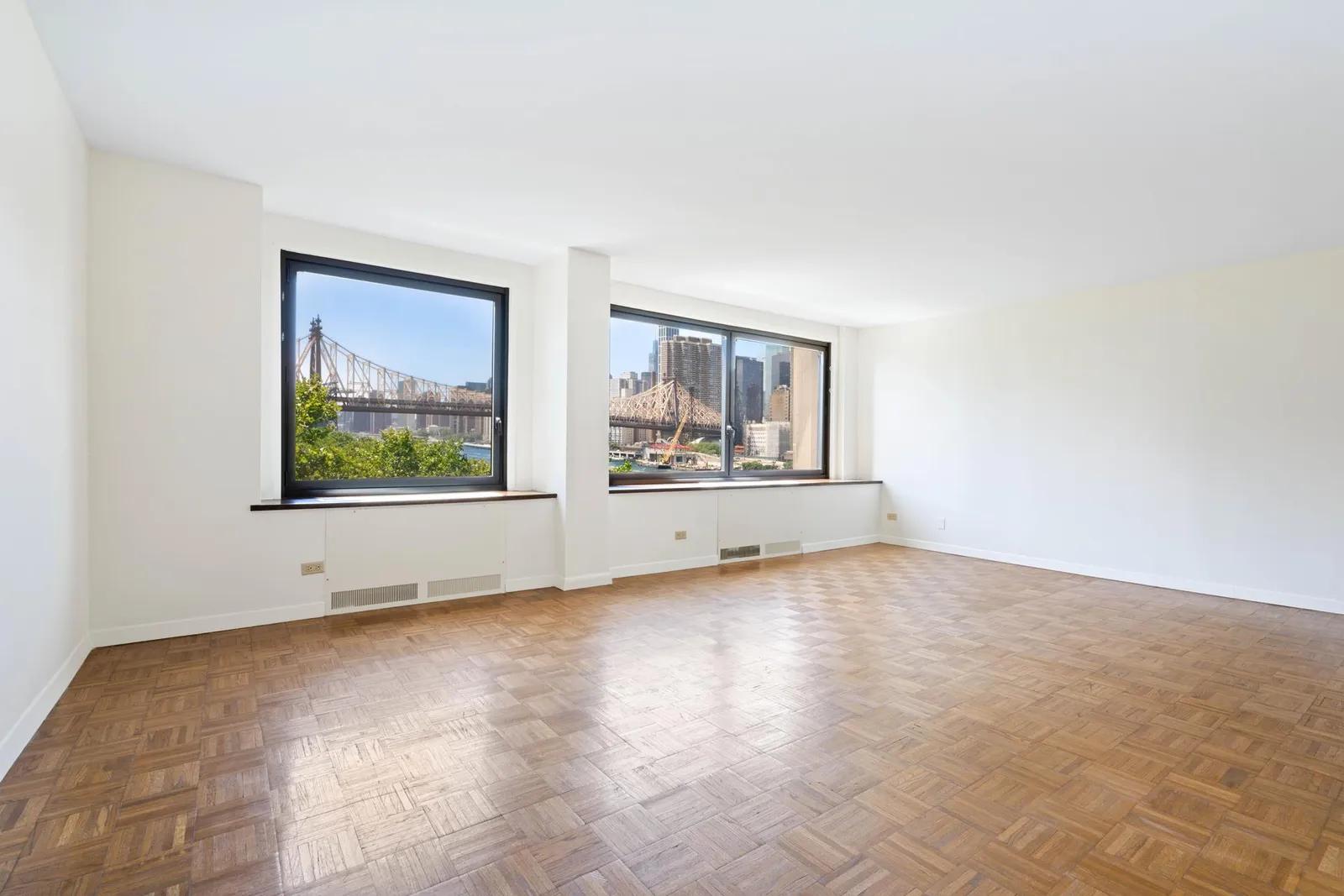 A rare "07" line home at Roosevelt Islands Rivercross Cooperative has a signed contract!

Apt. 807 is a large, 988 square foot, 1 Bed/1.5 Bath, convertible to 2 Beds & 2 Full Baths, with above the treetops views of the East River, 59th Street Bridge, Manhattan cityscape, and beyond. The southern exposure, view, and location make it a rare find, indeed!

Sitting in the middle of the East River, only a short distance from both Manhattan and Queens, two-mile-long Roosevelt Island can feel surprisingly distant from the rest of the city, like its own self-contained world. This character is unquestionably amplified as Roosevelt Island is the only New York City neighborhood you can access via an aerial tram. It is actually impossible to drive there from Manhattan, from where you must either ride the tram or hop on the F train to the island’s lone stop. From the Queens side, you can take a car or bus across the Roosevelt Island Bridge or use the ferry. For much of its history, Roosevelt Island was known as Welfare Island and was home to several hospitals. Redevelopment began in 1969 in the form of apartment towers, with contributions from noted architects. Today, Roosevelt Island is home to thousands of New Yorkers.