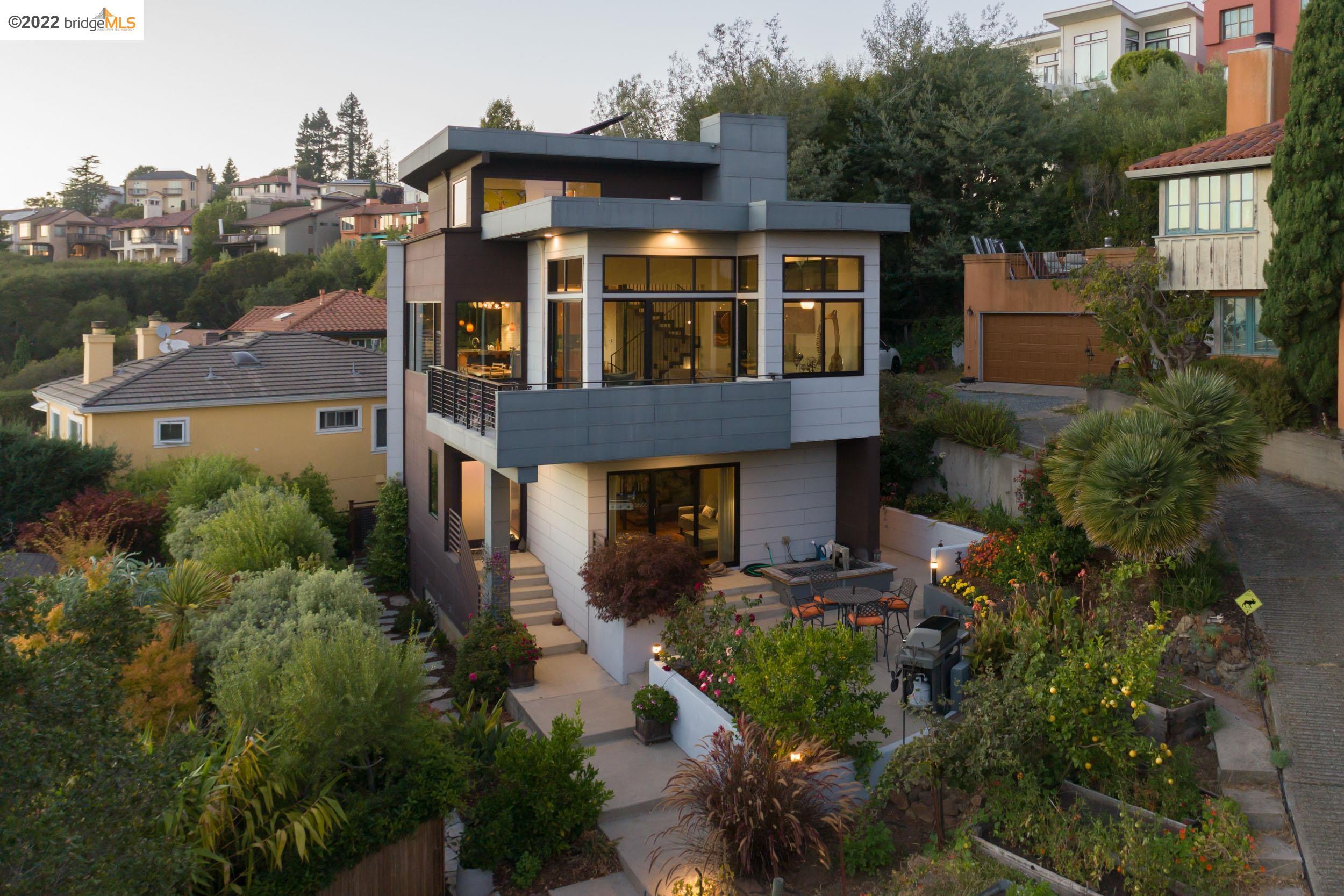 A birds eye view of the entire San Francisco Bay awaits in this remodeled, 2 bedroom sanctuary. A meandering garden climbs the front steps to the large patio entry. Inside, exciting finishes, captivating architecture and a true sense of calm invites you in. Designed with privacy and indoor/outdoor living in mind, this captivating home is sure to inspire you with its sophisticated style.
Listing Courtesy of CORCORAN GLOBAL LIVING

Upper Rockridge is a highly coveted neighborhood tucked away in the Oakland Hills. The expansive houses here are nestled in winding streets, many with stunning views of the San Francisco Bay below. It's home to many architecturally significant houses, including Craftsman bungalows, mid-century cottages, and modern mansions. There’s a leafy, suburban charm in Upper Rockridge, while still boasting urban conveniences, with a BART stop, shopping, and dinning close by. In the early 1900s, developers built a public pathway system of picturesque stone stairs as shortcuts for the residents to walk from their homes down to public transit. These well-kept paths are frequently used, contributing to the neighborhood’s storybook allure.