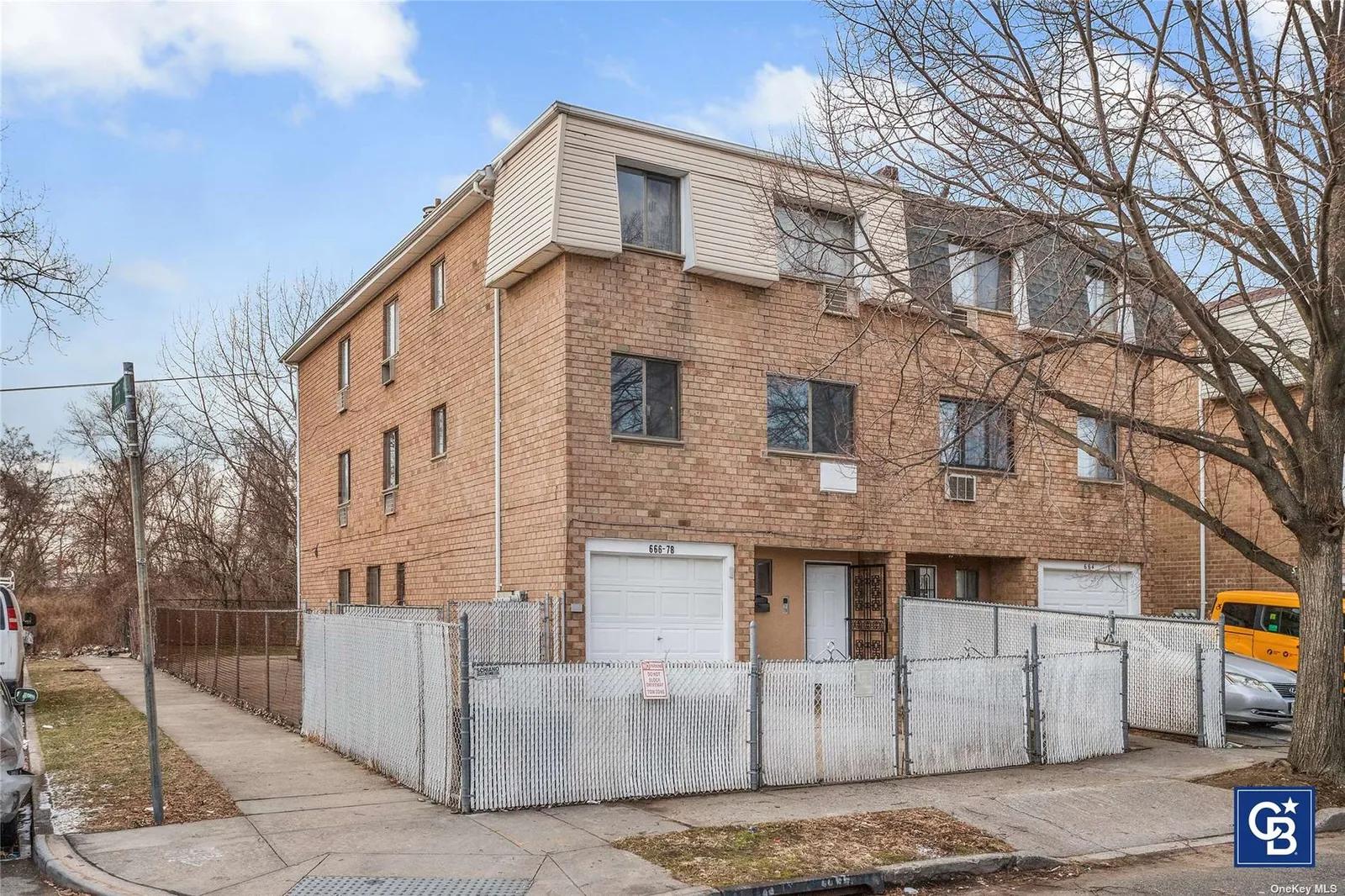 The perfect home, with excellent rental income in Lindenwood/Howard Beach. Built-in 1988, this legal 3-family home, has a spacious backyard, private driveway, attached garage, and parking for five cars. This huge home has an estimated 3,465 sf on a 30 x 100 ft corner lot. The property was converted from a 2- family home to a 3-family home approximately 15 years ago and it includes an installed sprinkler system in...
Listing Courtesy of COLDWELL BANKER RELIABLE R E, JOSEPH C GIORDANO, LI:3412875.

Founded in the 1650s as the Town of New Lots, today’s East New York was annexed by the City of Brooklyn in 1886 before becoming part of New York City in 1898. If you guessed that East New York got its name because of its location—found farther east than any other neighborhood in Brooklyn—you’d be correct. A merchant named John Pitkin wanted to signify the area as the eastern end of New York City, with the idea that it would rival and perhaps surpass Manhattan, and the name has stuck. While Pitkin’s plans never came to fruition in his time, the modern East New York is being revitalized, unconcerned with whatever is happening on the NYC “mainland.” A variety of new developments continue to grow, pointing the way forward for East New York’s future.

Apply Now
Data last updated 09/15/2022 20:50:42. Copyright 2022 OneKey MLS. All rights reserved. OneKey MLS provides content displayed here (“provided content”) on an “as is” basis and makes no representations or warranties regarding the provided content, including, but not limited to those of non-infringement, timeliness, accuracy, or completeness. Individuals and companies using information presented are responsible for verification and validation of information they utilize and present to their customers and clients. OneKey MLS will not be liable for any damage or loss resulting from use of the provided content or the products available through Portals, IDX, VOW, and/or Syndication. Recipients of this information shall not resell, redistribute, reproduce, modify, or otherwise copy any portion thereof without the expressed written consent of OneKey MLS.
All information furnished regarding property for sale, rental or financing is from sources deemed reliable, but no warranty or representation is made as to the accuracy thereof and same is submitted subject to errors, omissions, change of price, rental or other conditions, prior sale, lease or financing or withdrawal without notice. All dimensions are approximate. For exact dimensions, you must hire your own architect or engineer. Images may be digitally enhanced photos, virtually staged photos, artists' renderings of future conditions, or otherwise modified, and therefore may not necessarily reflect actual site conditions. Accordingly, interested parties must confirm actual site conditions for themselves, in person.