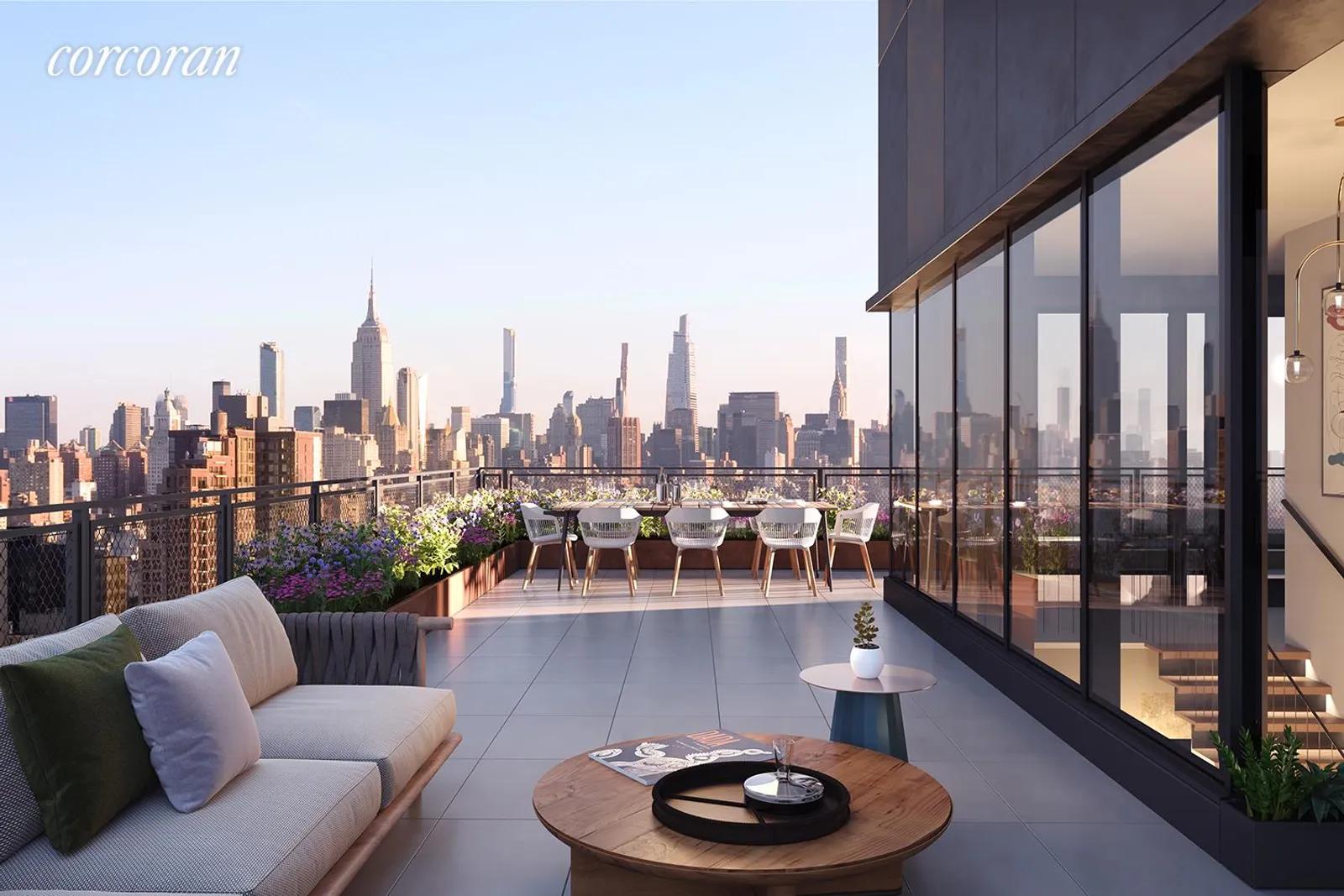 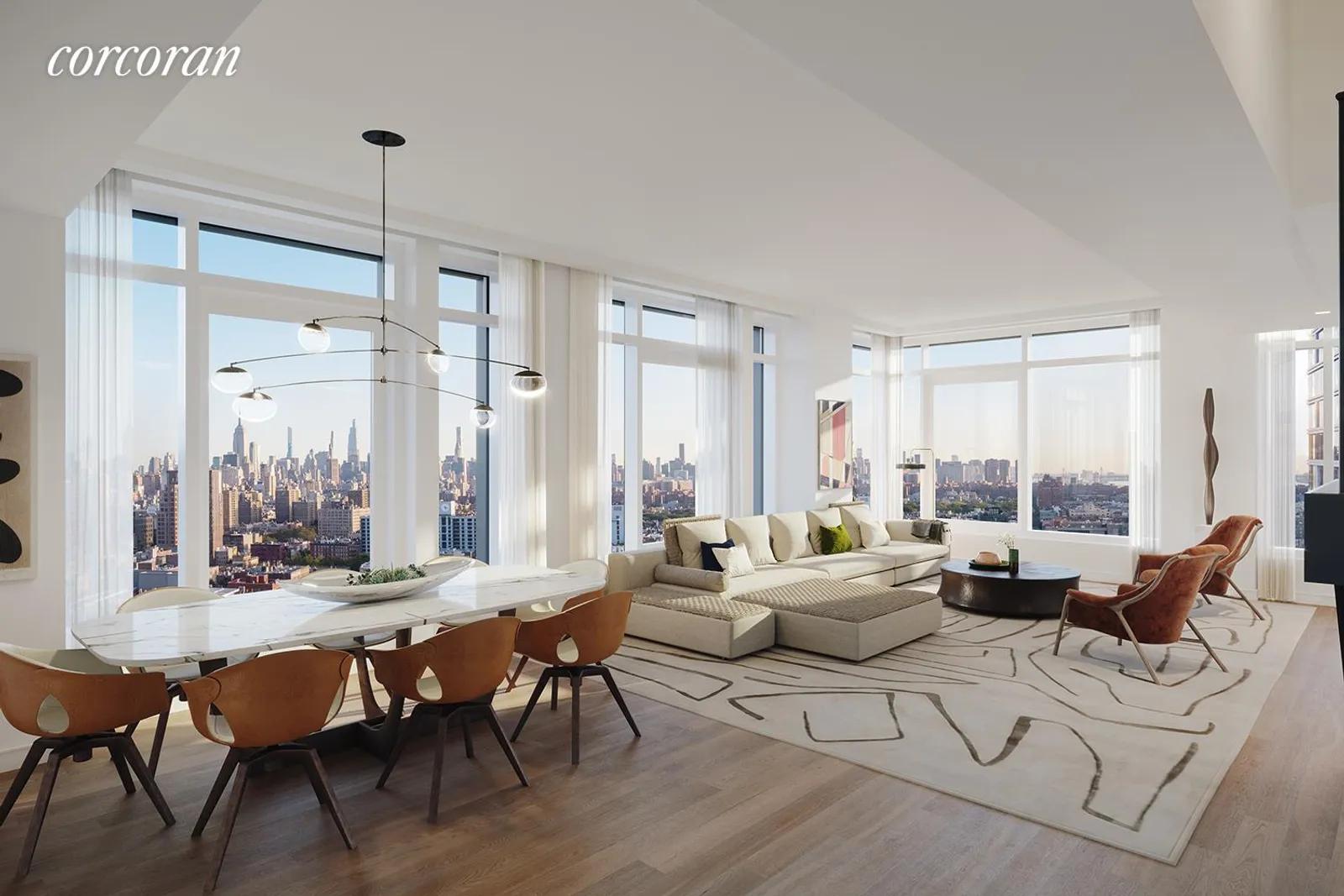 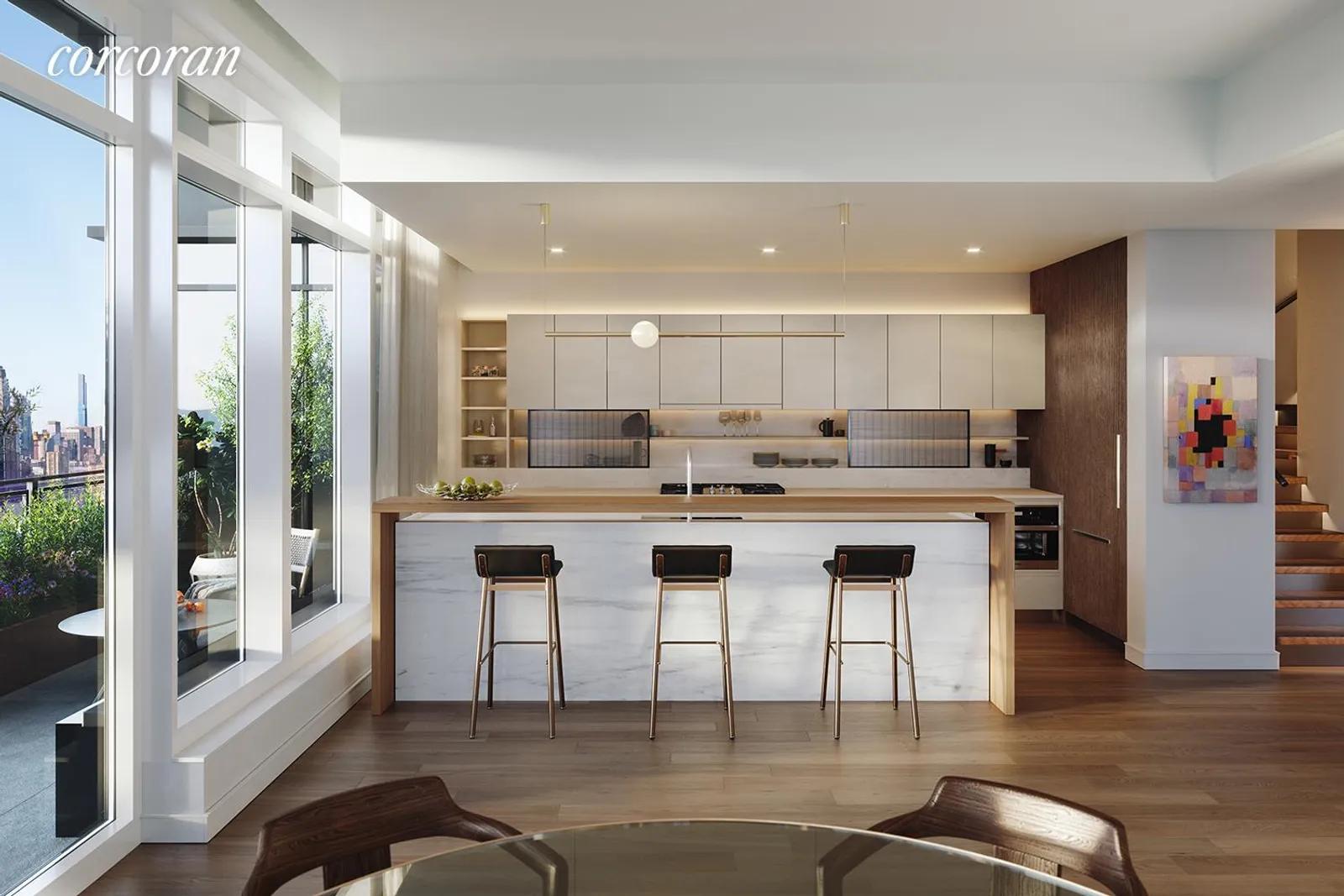 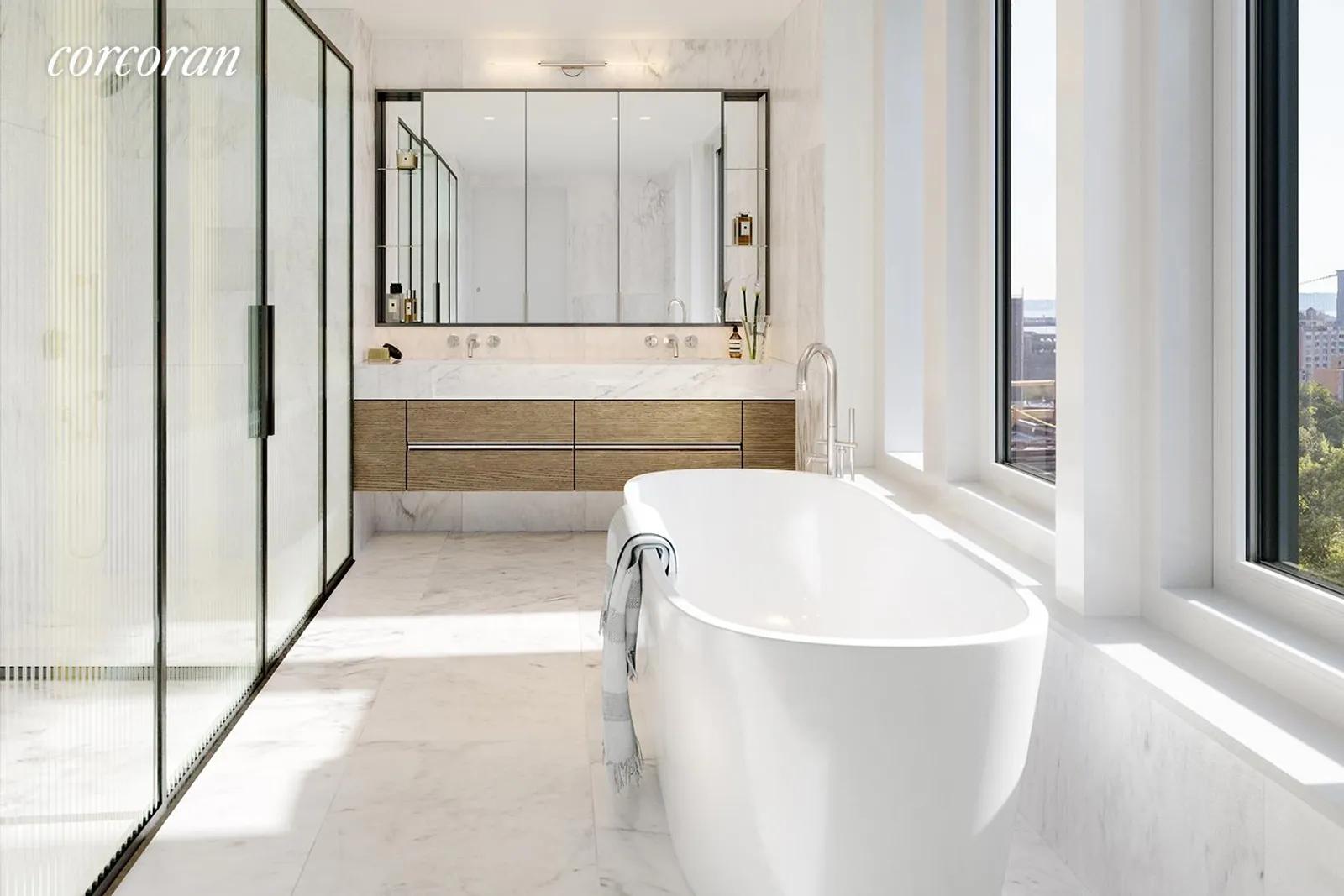 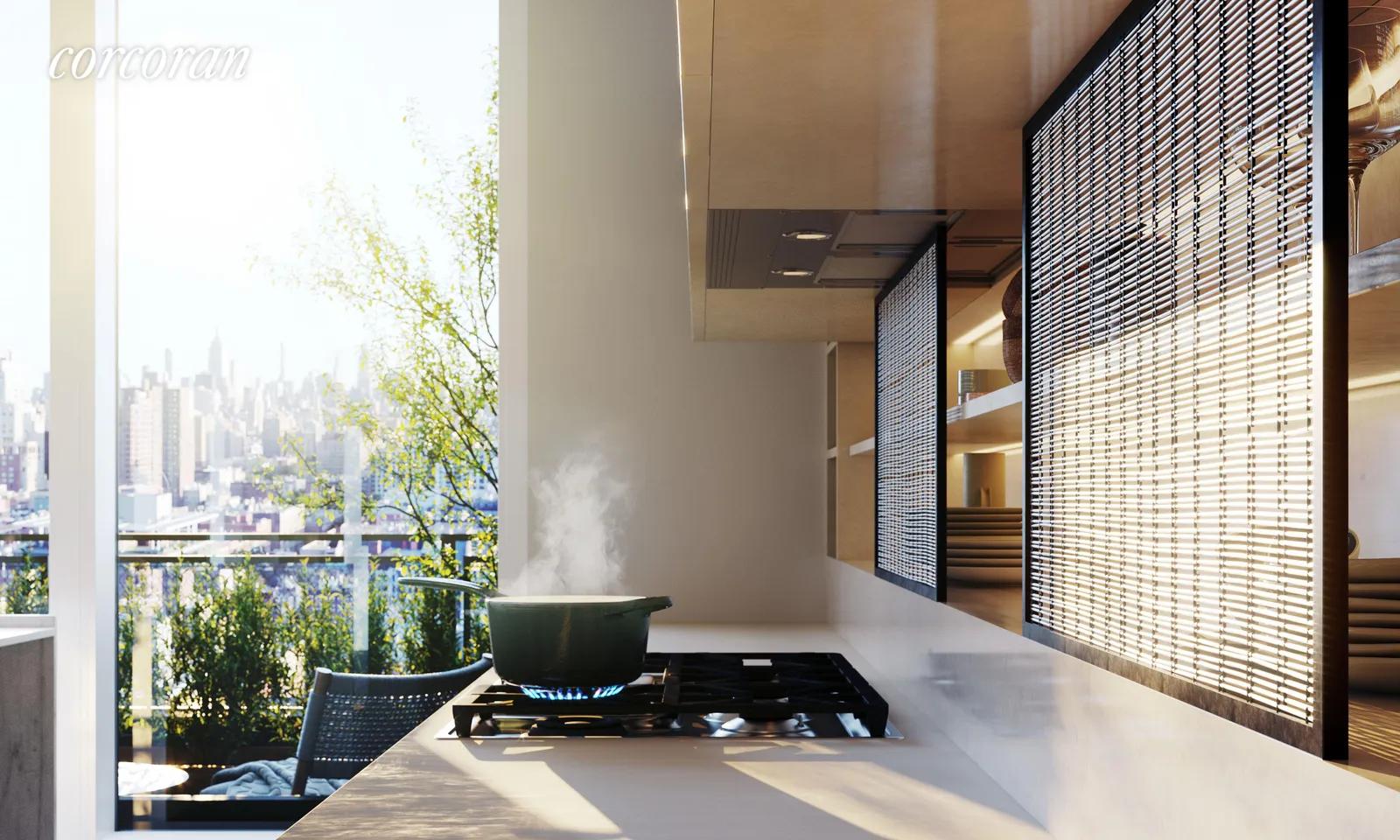 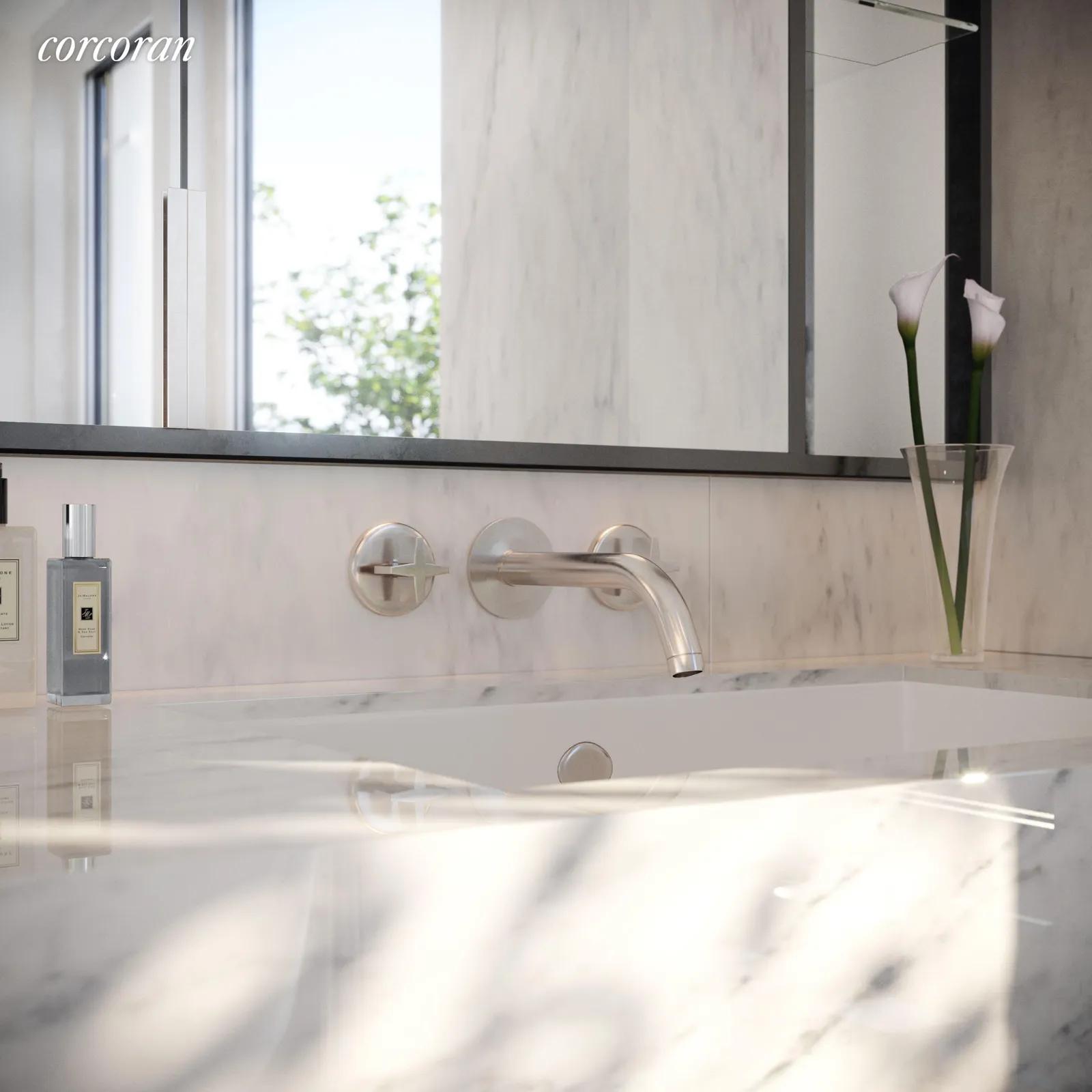 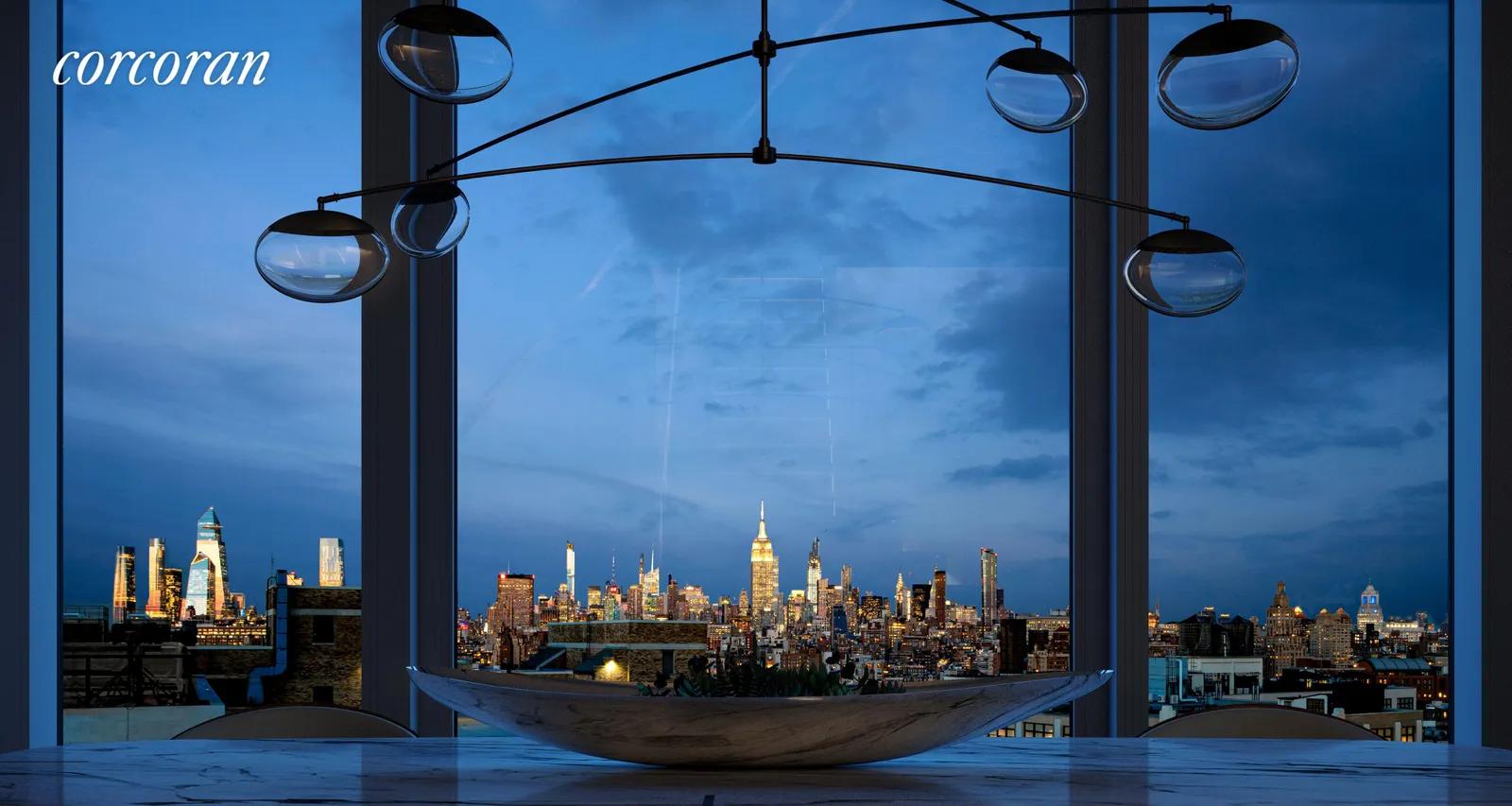 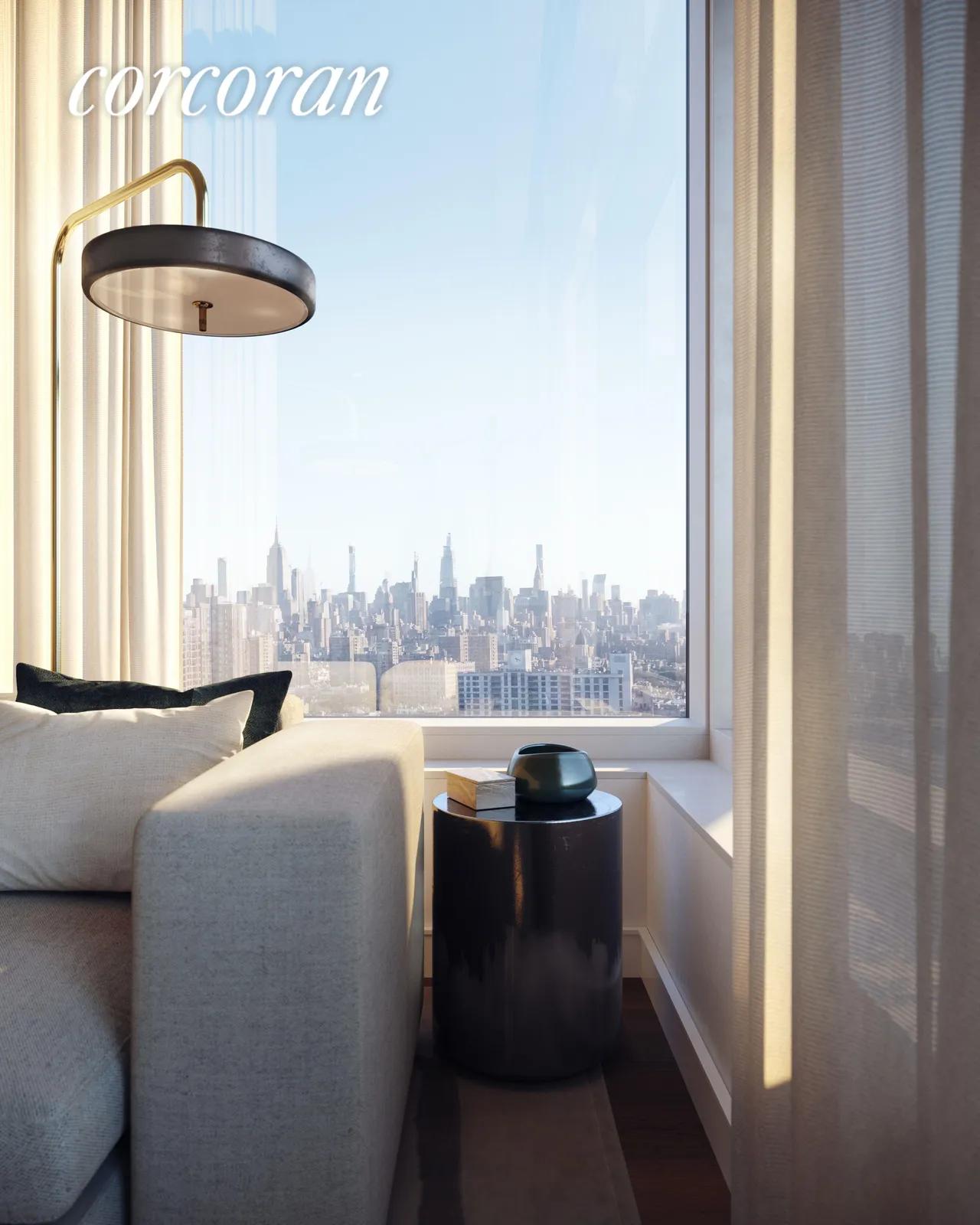 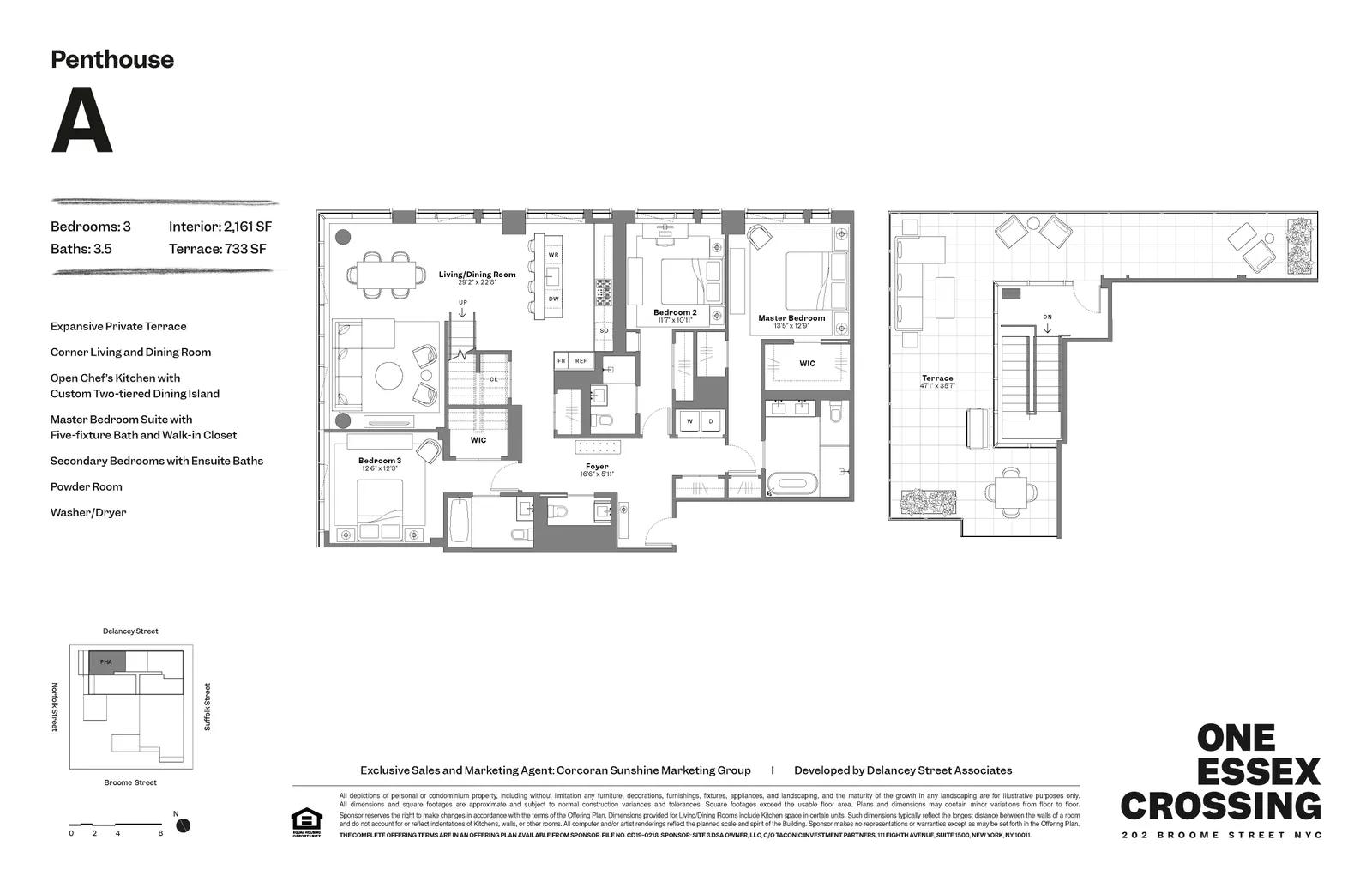 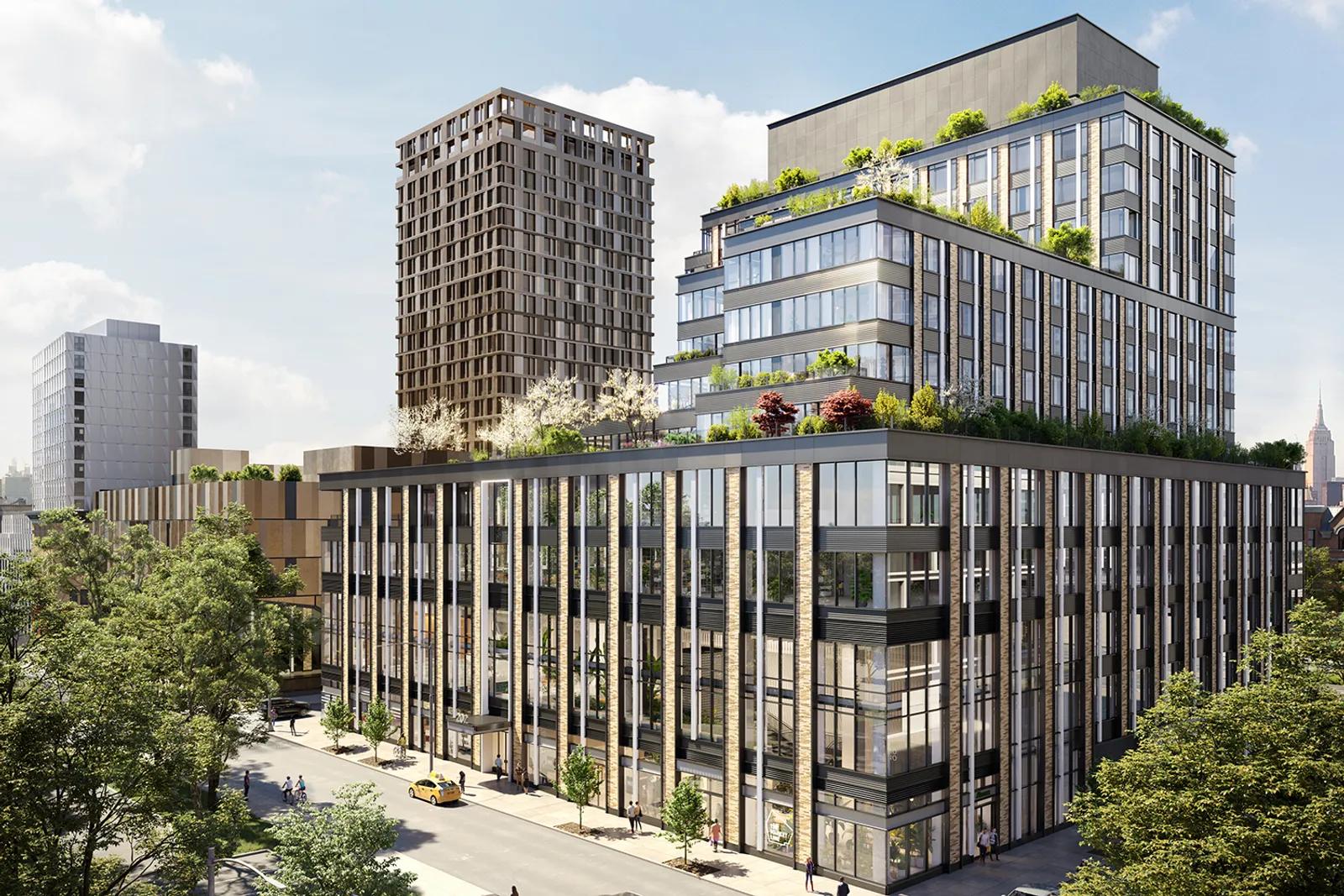 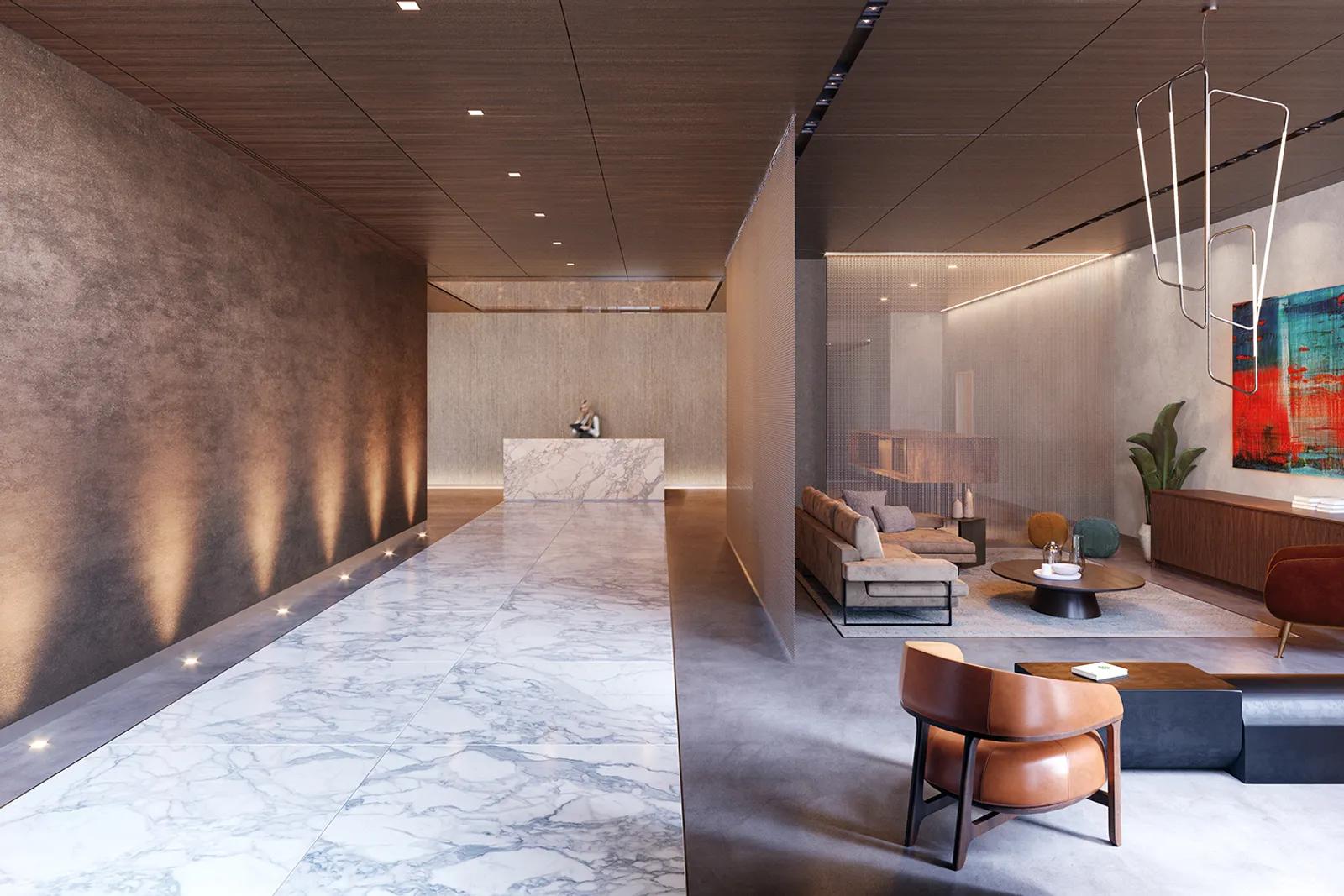 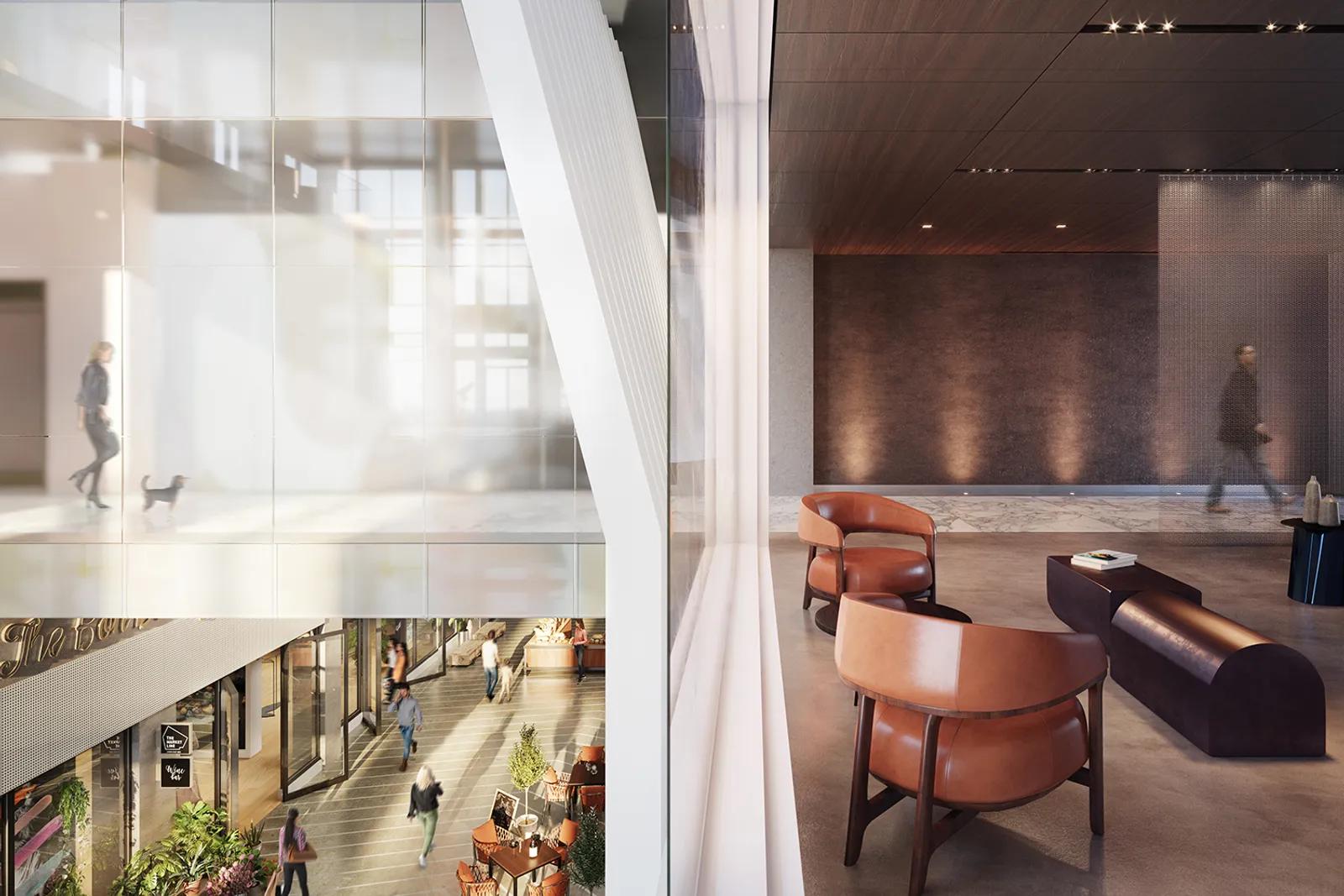 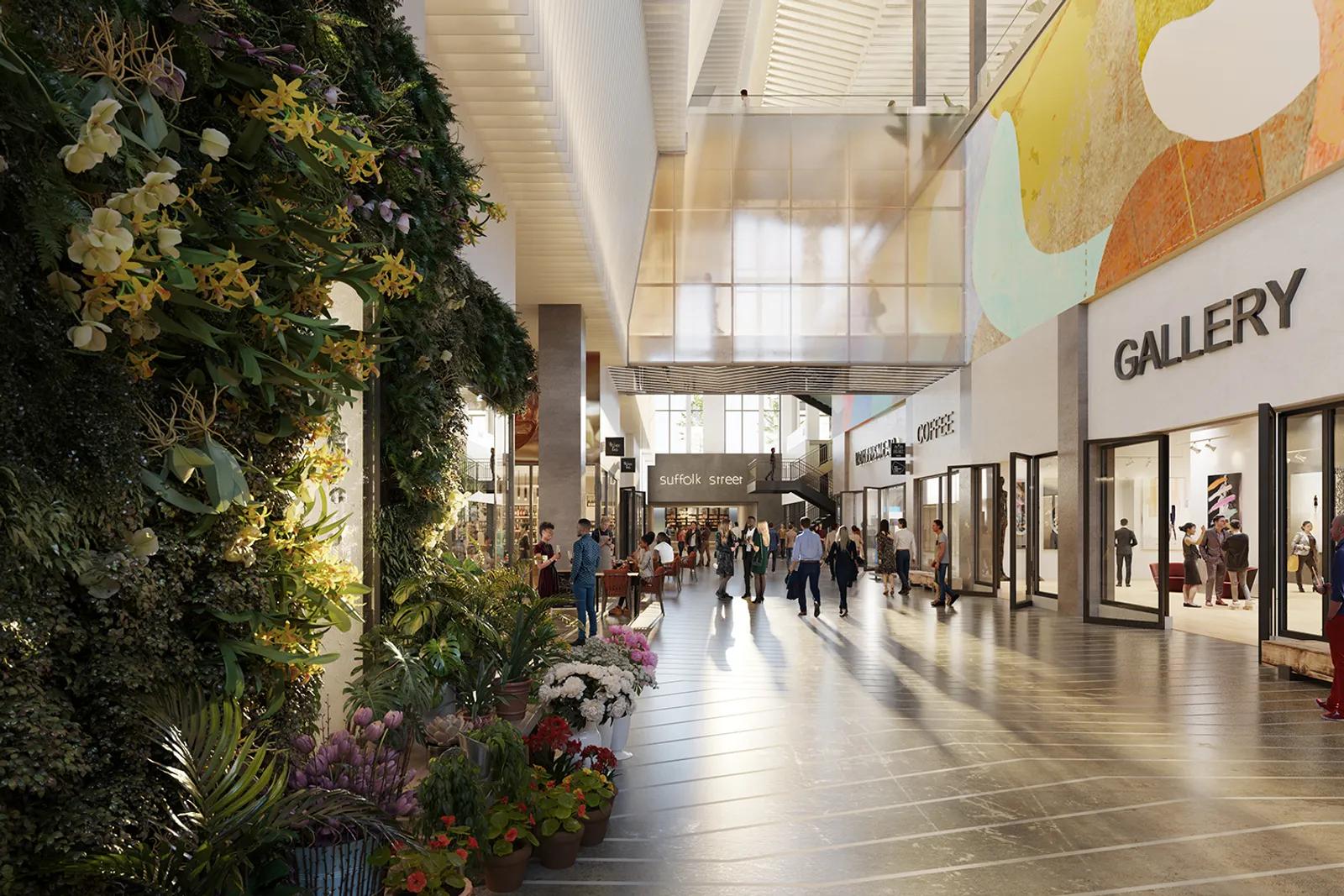 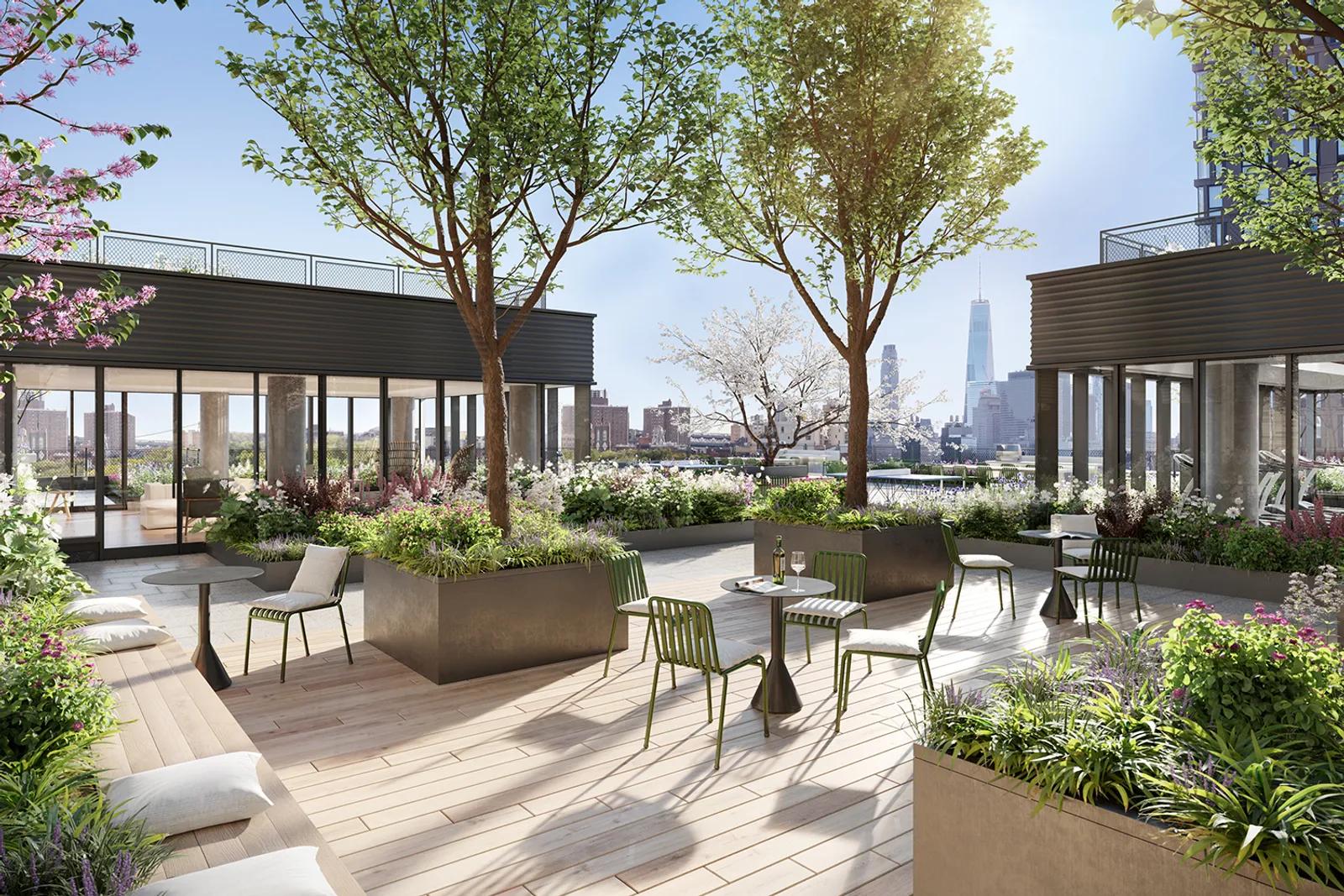 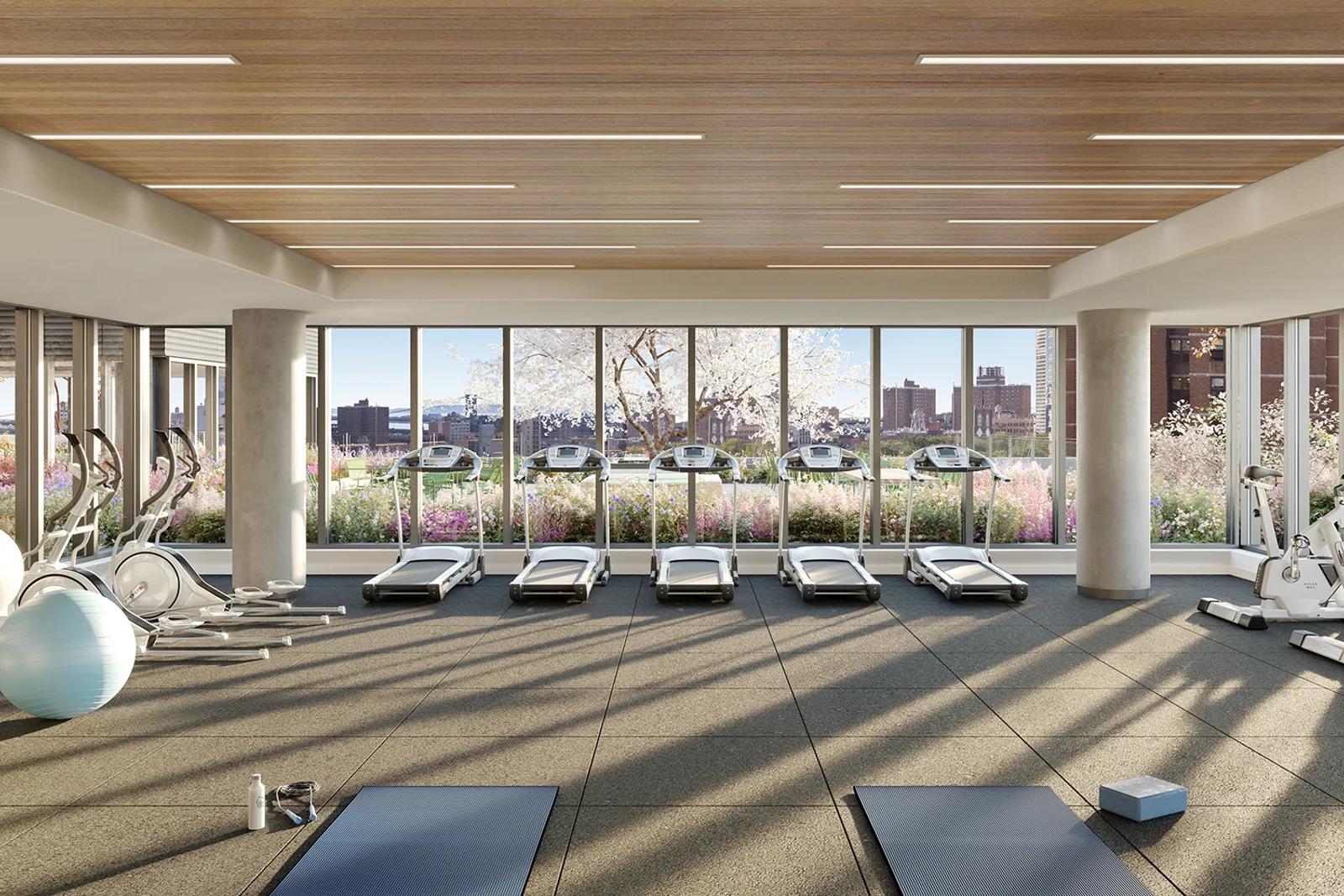 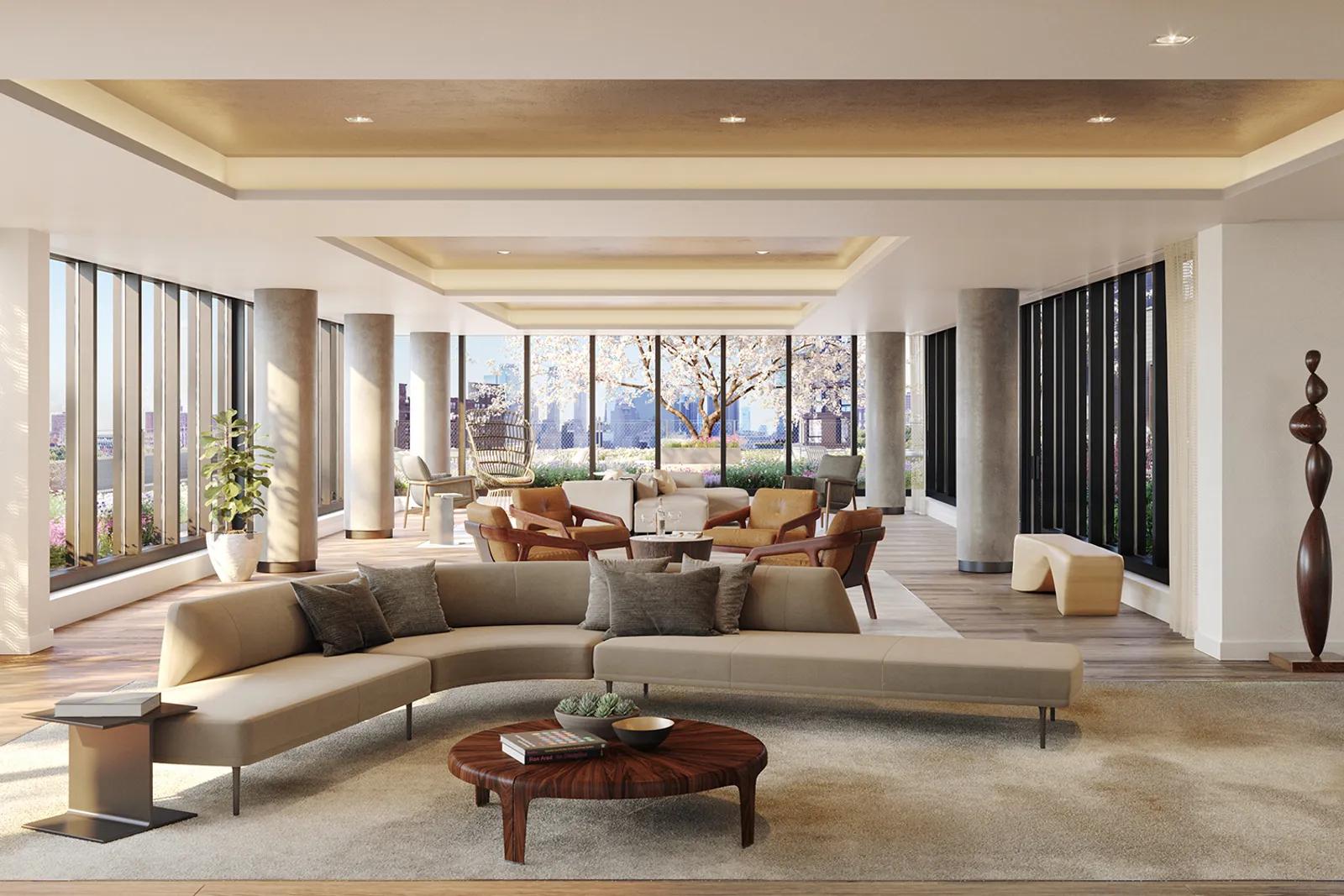 Wrapping the northwest corner of One Essex Crossing, Penthouse A is the premier duplex Penthouse offering 2,161 SF and featuring fantastic views overlooking the Lower East Side, Midtown Skyline and Financial District.

It’s often said that New York City feels “alive,” like a distinct character in a television show. Nowhere is this more true than the endlessly vital Lower East Side. While not everyone can tell you exactly where the corner of Ludlow and Rivington is, everyone will undoubtedly want to meet you there. The Lower East Side emits an undeniable energy, one bound to draw you in one way or another. Though its borders have shifted and been subject to a sketchbook’s worth of redrawing, today’s Lower East Side captures the best of the city—and not just because there will always be a delicious slice of pizza for you to eat, no matter the hour. There’s an alluring mix of old-meets-new: Irresistible pre-war homes mingle with striking modern ones, and generations of residents form links in the community that has long been the neighborhood’s backbone.

Sales History for ONE ESSEX CROSSING