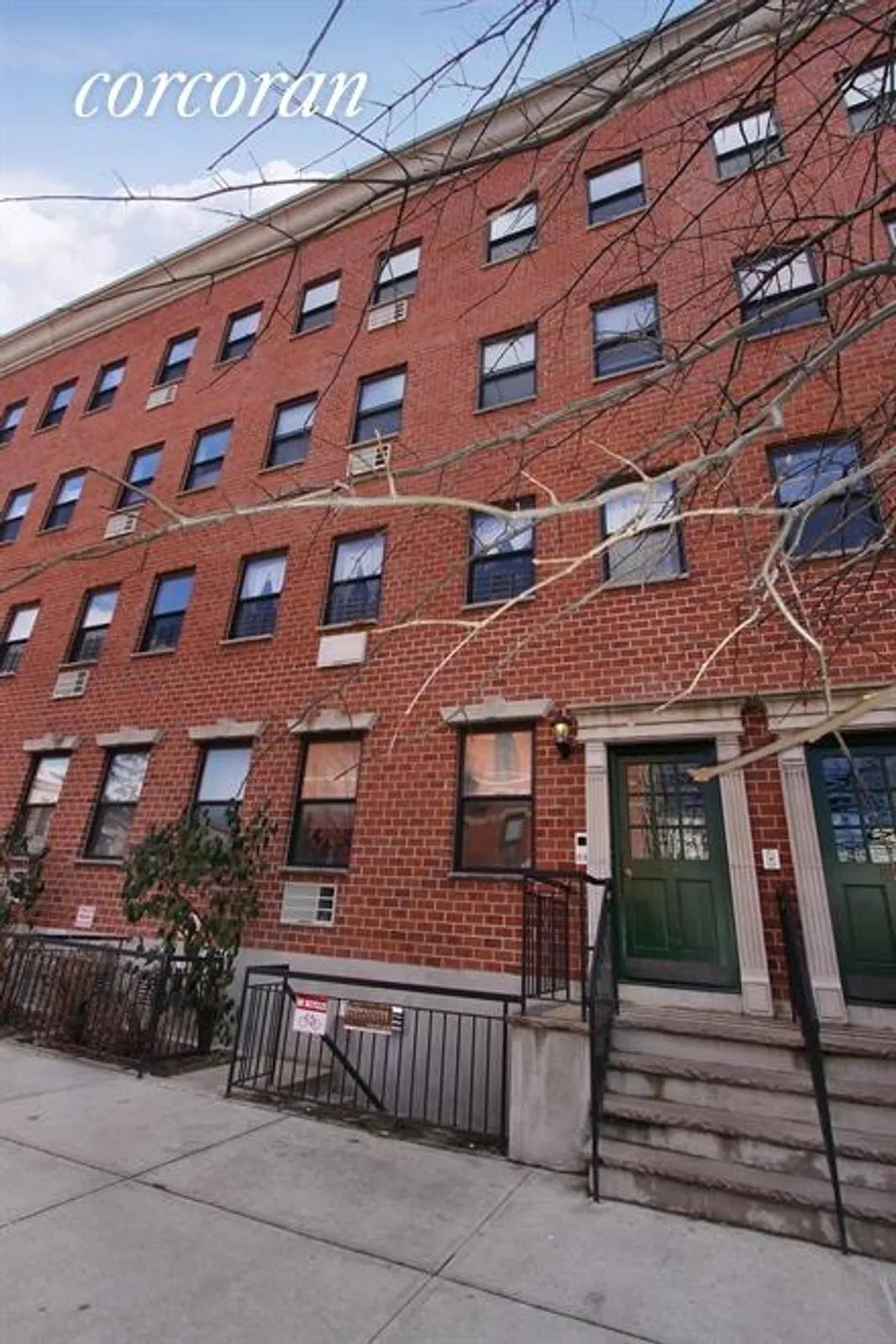 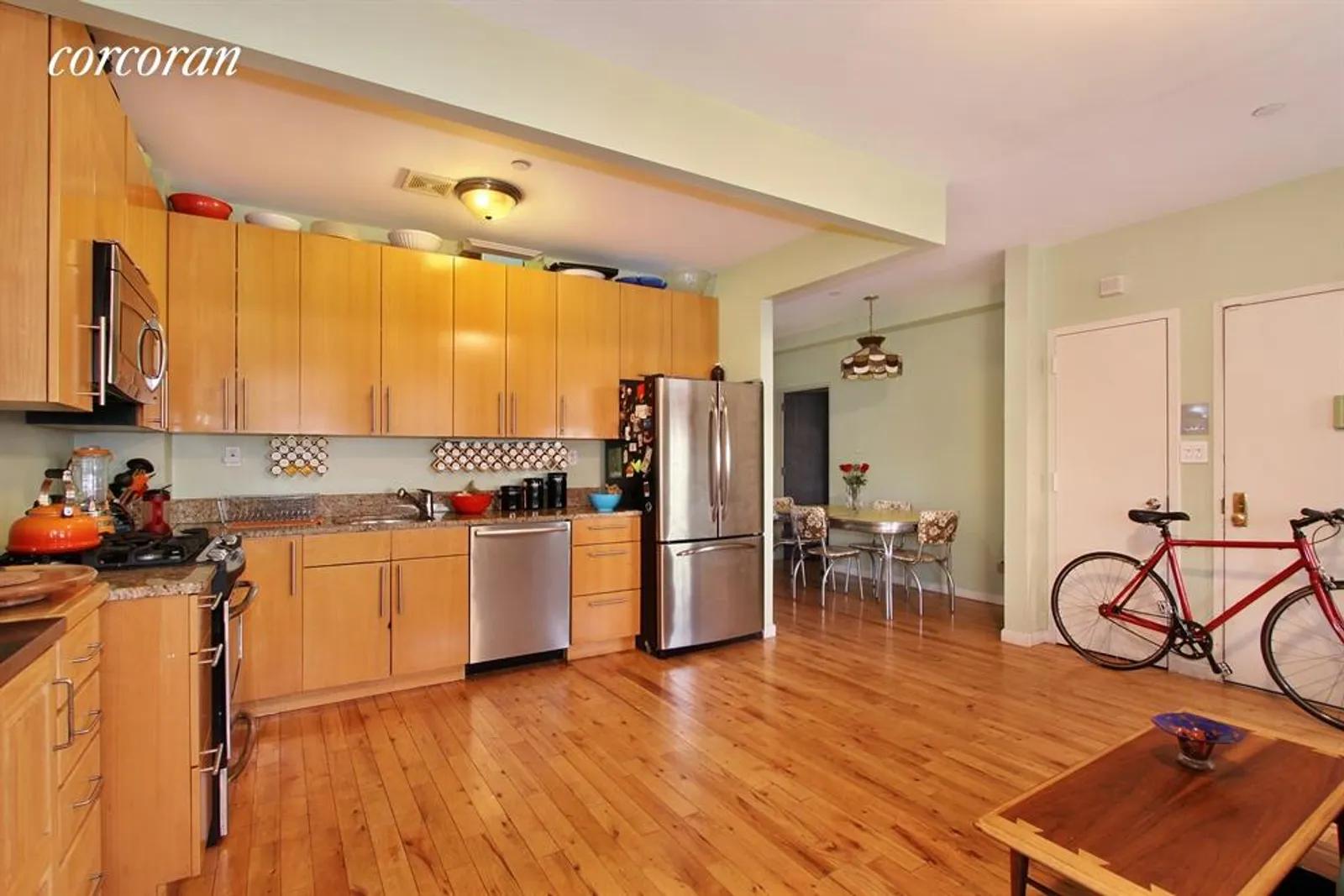 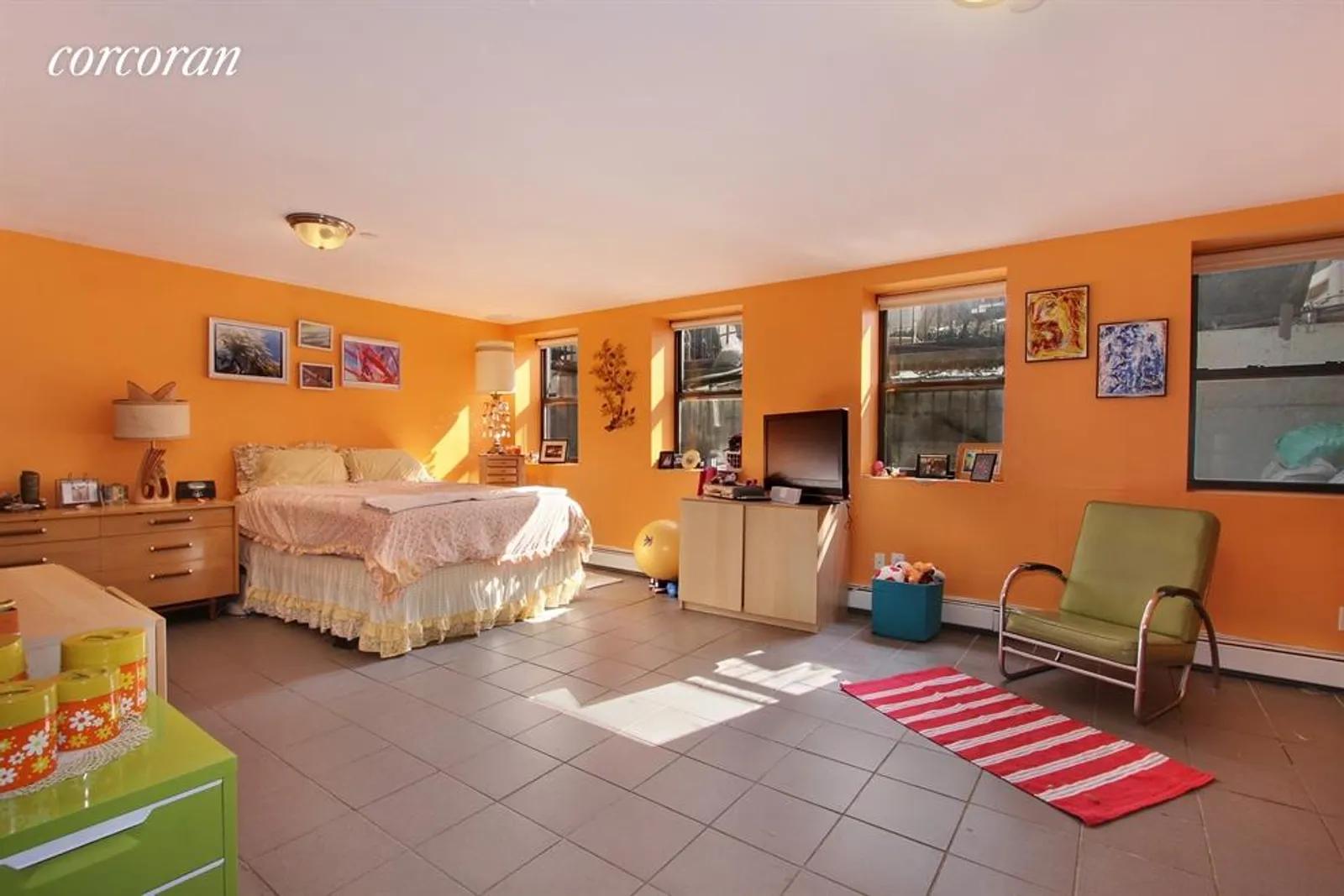 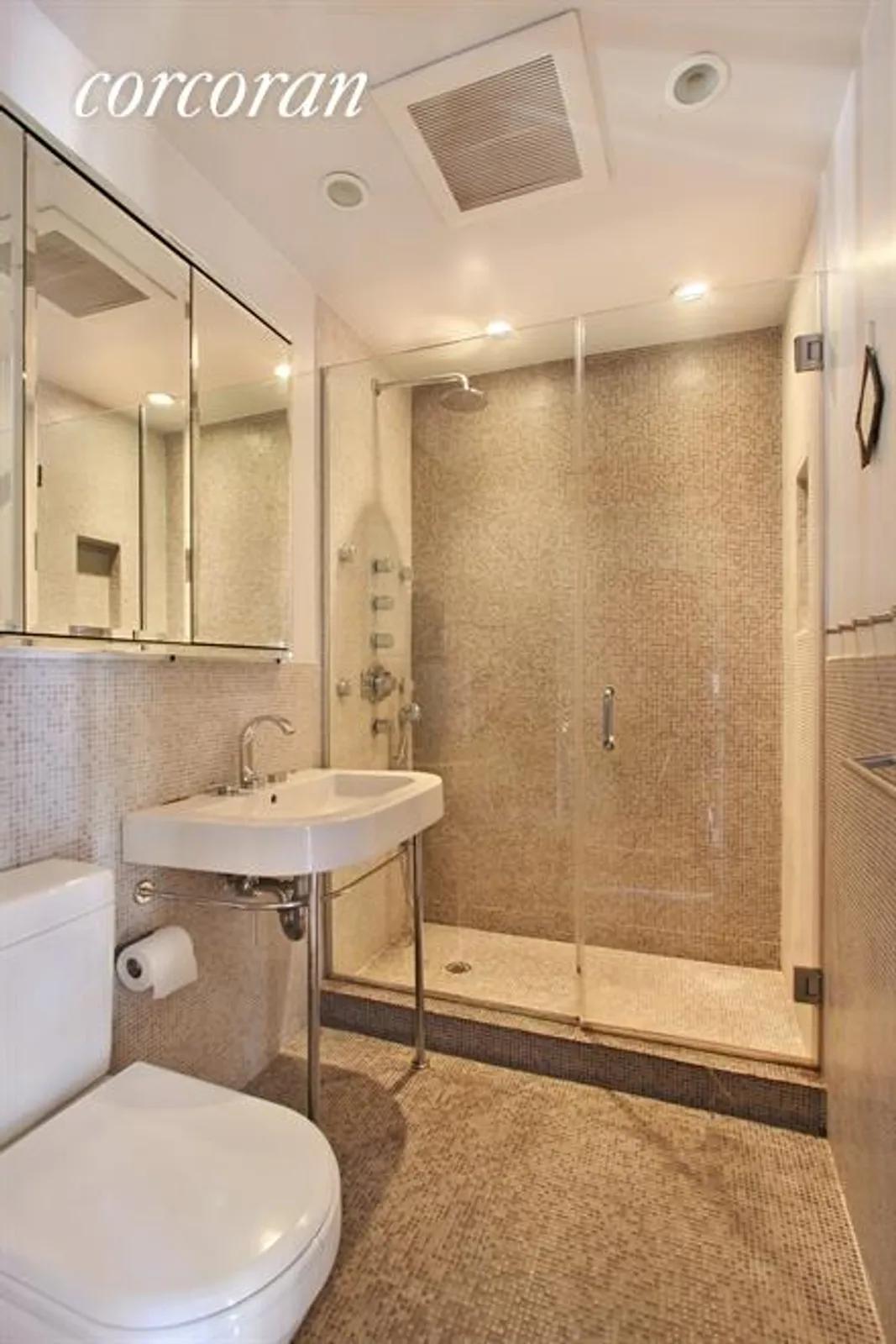 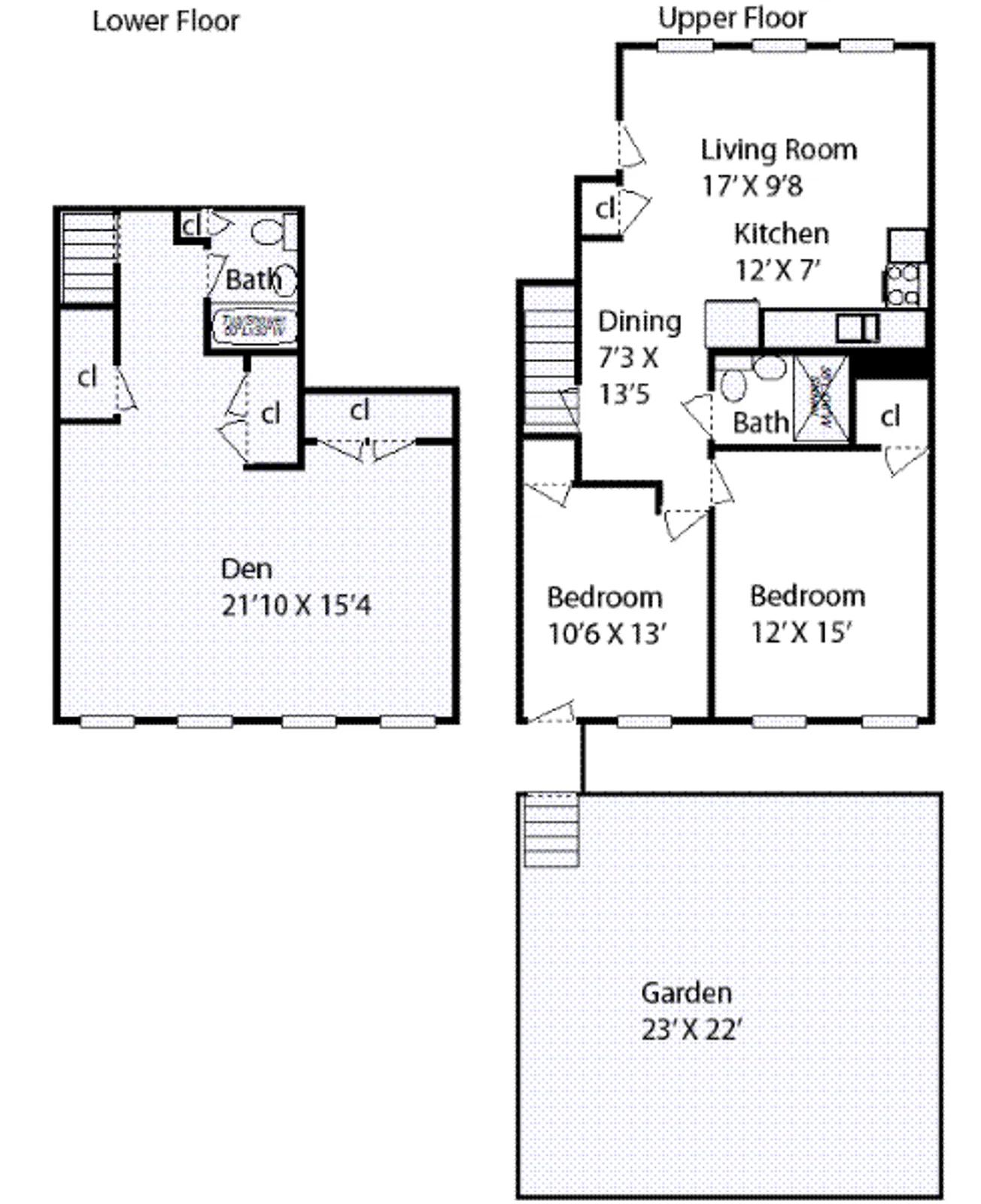 Can't afford a townhouse? Try this 1,600 square-foot condo on for size. It has two bedrooms upstairs plus a huge recreation room downstairs, two full bathrooms, hardwood floors, excellent light and enough closet space for J-Lo. The large kitchen features GE Profile stainless steel appliances and a Bosch dishwasher for those lazy after dinner slumbers. A large private garden off of the private patio sets this on...
Listing Courtesy of Corcoran

Greenpoint is like a restored classic car or vinyl reissue of a landmark album, embracing its industrial roots while forging onward as an adored cultural hub for today's New Yorkers. In its manufacturing heyday, Greenpoint built the famed Union Army ironclad warship the USS Monitor, dominated America’s porcelain industry, and produced an untold number of pencils. Some of those former brick warehouses were converted into modern homes, while others, particularly those on the east side of McGuinness Boulevard, remain bustling cradles of commerce. The waterfront that catalyzed Greenpoint’s industrial growth has played a starring role in its evolution, welcoming residents and visitors alike with a slower, more scenic pace of life beside the East River. McCarren Park serves as an unofficial dividing line between Greenpoint and Williamsburg and blesses the area with a vast space to throw or kick the ball around, swim some laps, attend an outdoor concert, or spread out for the day.