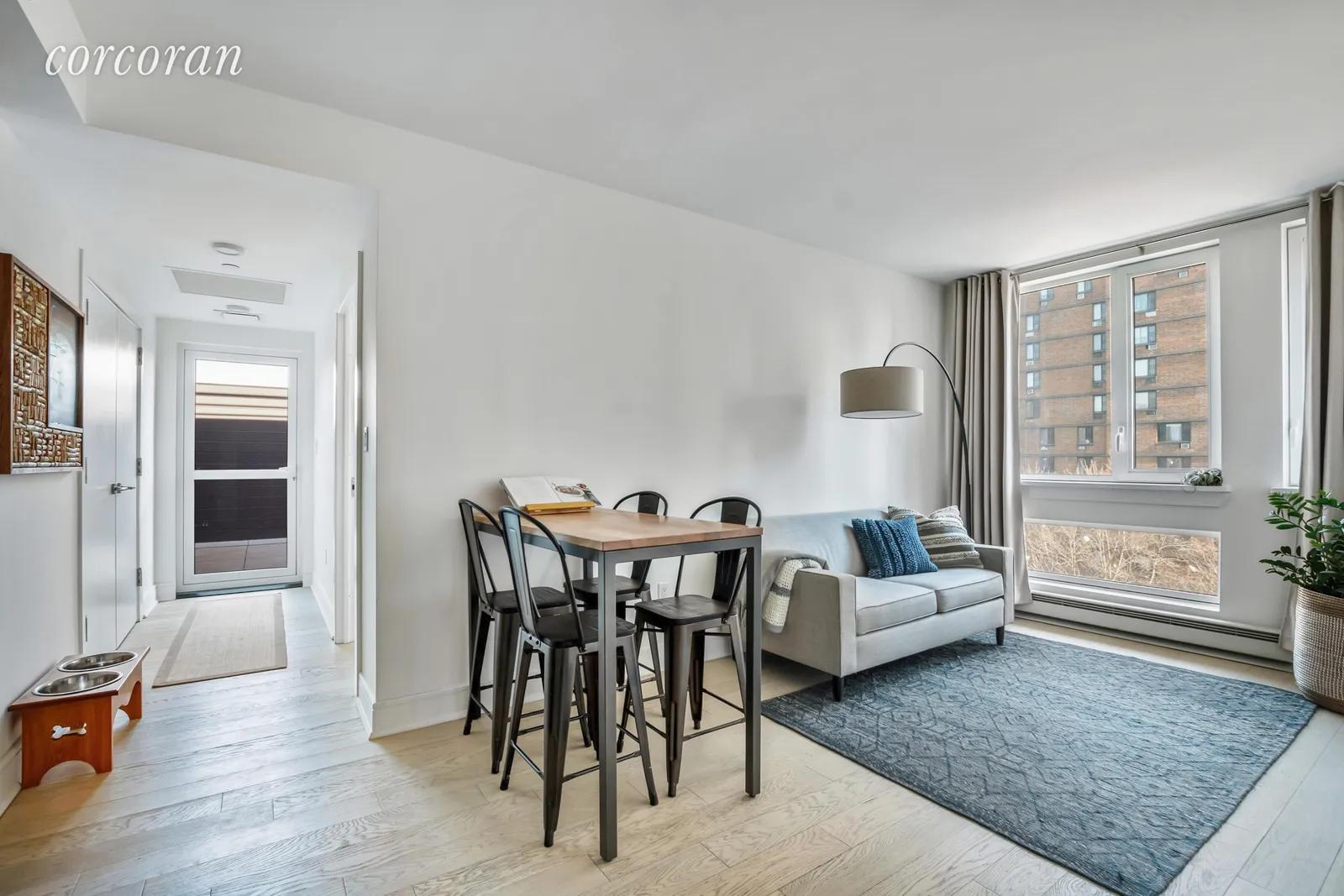 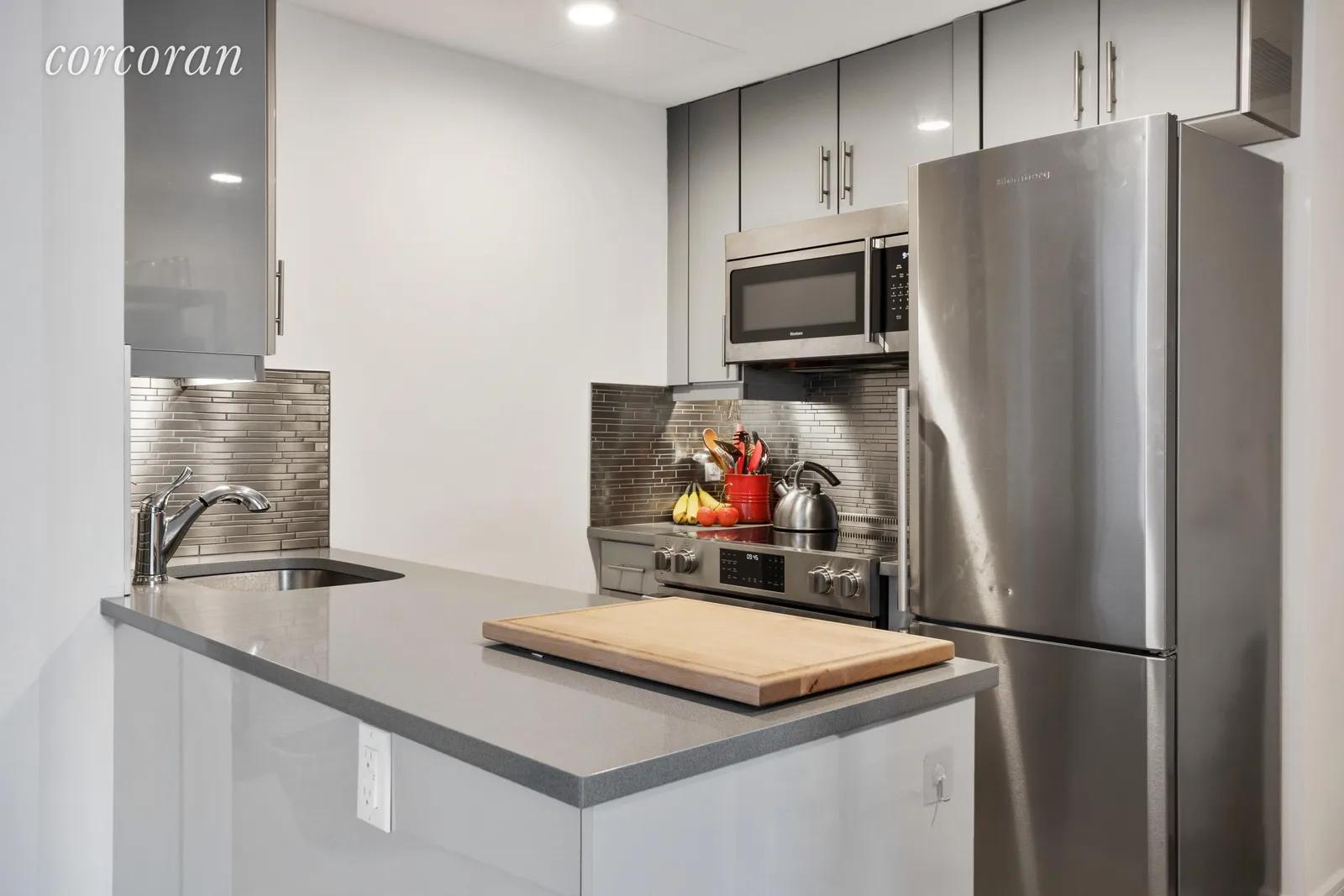 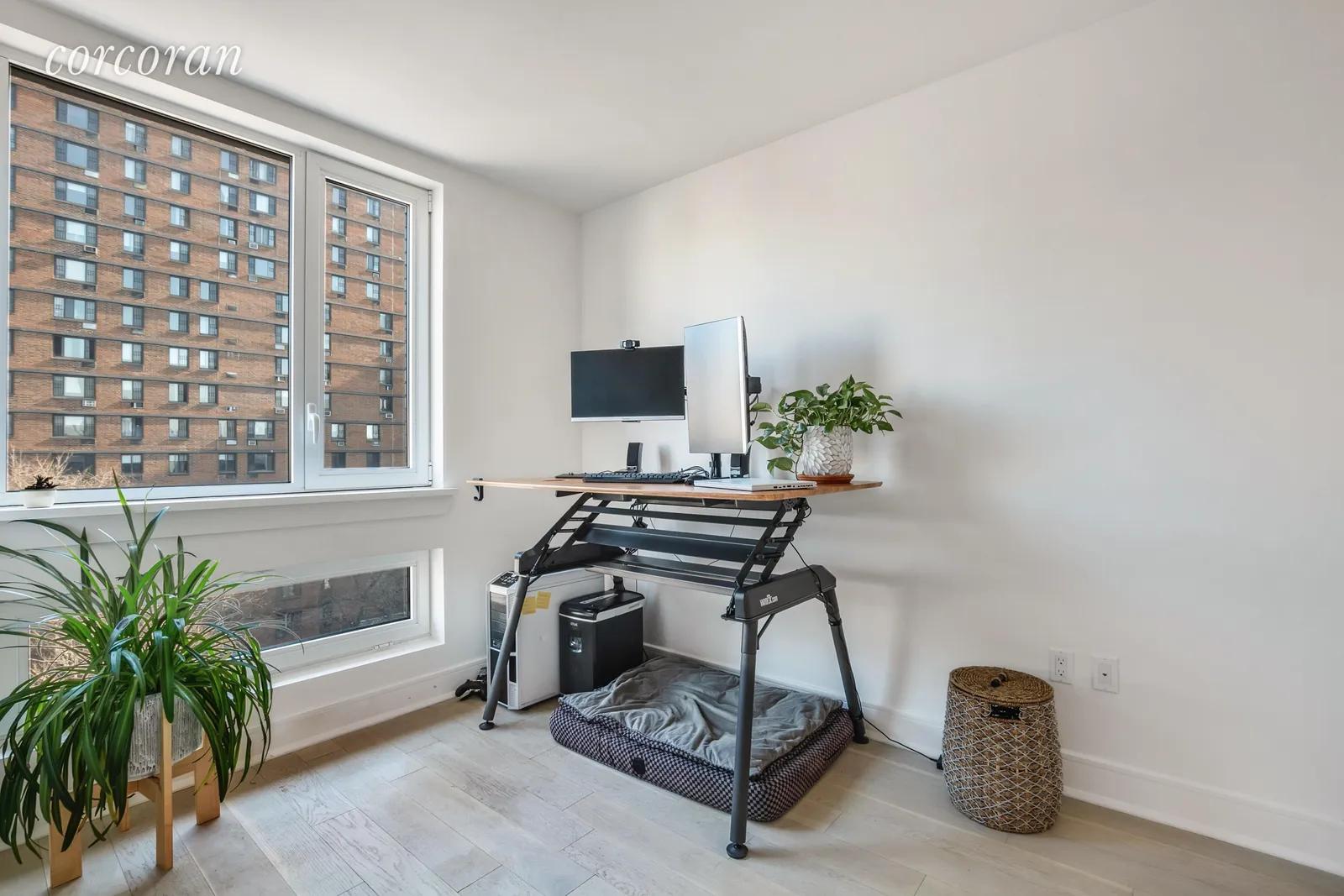 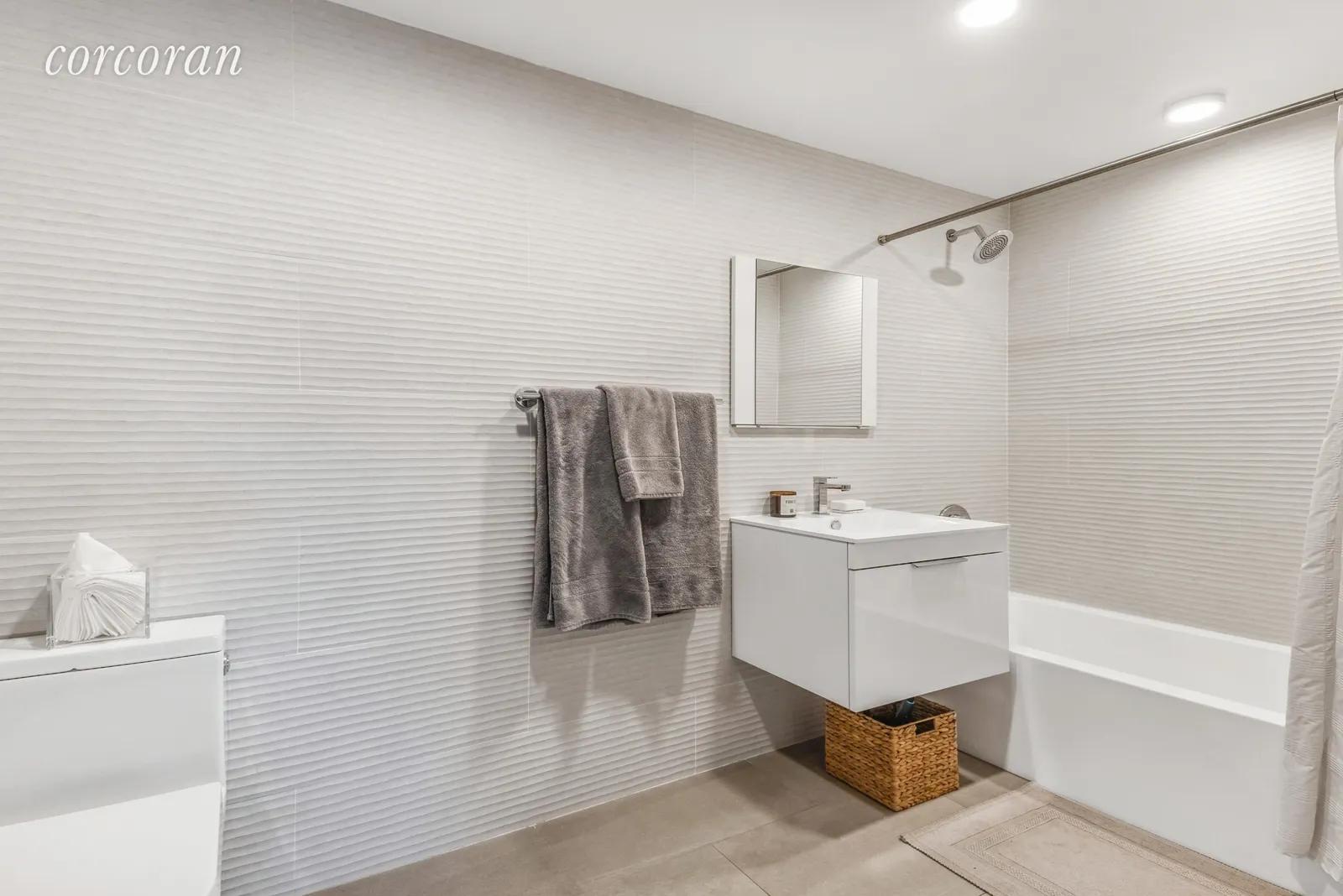 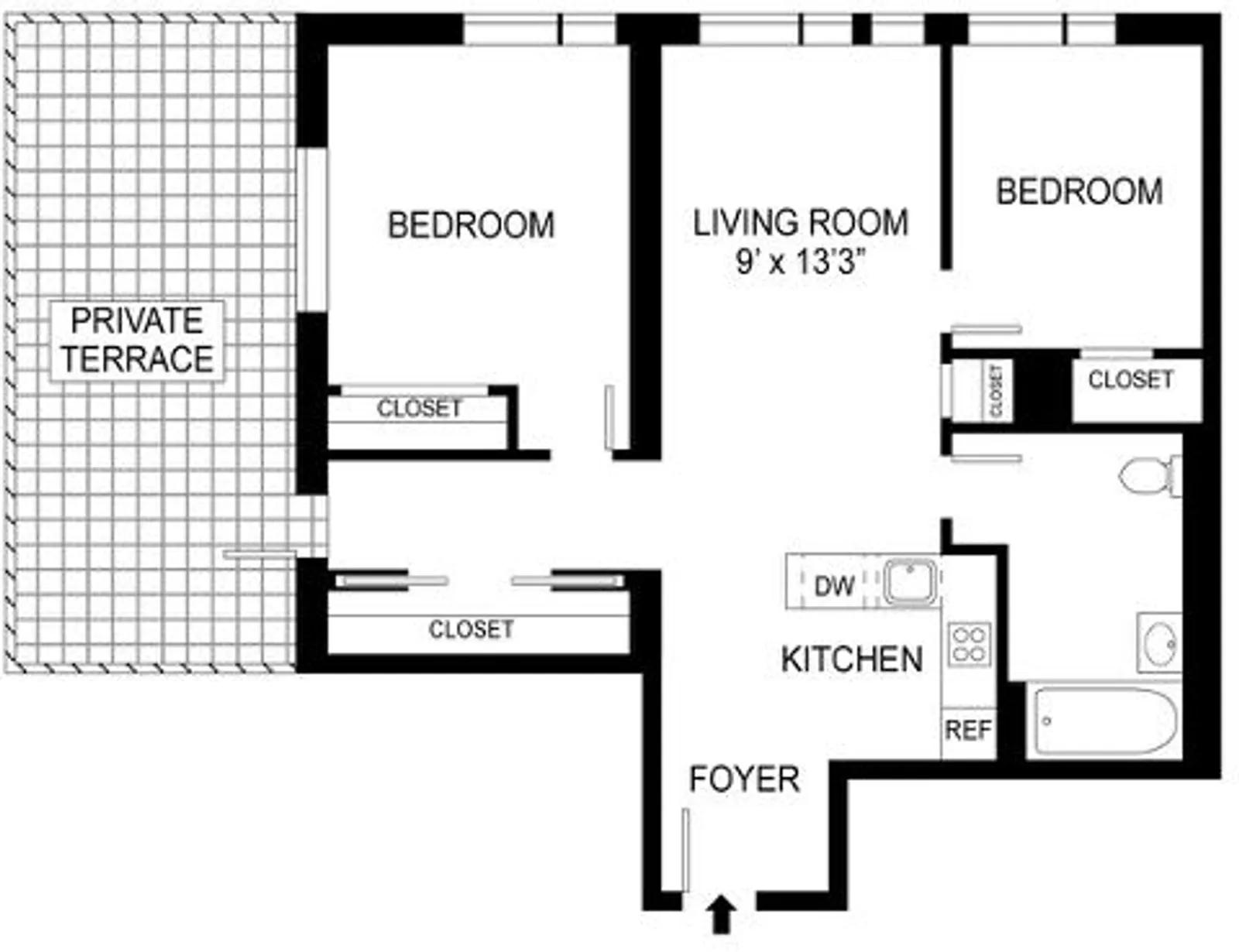 A Penthouse 2 Bedroom Apartment with a Private Outdoor Terrace! VIRTUAL TOUR AVAILABLE UPON REQUEST. Come home to this bright and airy apartment with large picture windows in every room. Enjoy custom renovation and wide plank white oak hardwood flooring throughout. The smartly laid out kitchen is highlighted with Caesarstone countertops, Blomberg appliances and custom cabinetry. Accented by Italian porcelain til...
Listing Courtesy of Corcoran

Beyond Central Park, across 110th Street and up to 155th, Upper Manhattan is encompassed by Harlem. Times change, and people come and go, but Harlem remains through it all. Once the site of George Washington’s first victory as U.S. Commander-in-Chief, the area’s status as a real New York City neighborhood began following the Civil War. Rowhouses were constructed starting in 1876—replacing freestanding homes—to sustain population growth spurred on by public transportation’s arrival. The community expanded exponentially, however, necessitating massive apartment buildings to accommodate. Harlem perhaps has the perception of being a concrete urban jungle, but it is home to Marcus Garvey and Jackie Robinson parks and near several more—including the North Woods/Harlem Meer portions of upper Central Park. Those green spaces add a touch of nature to this famed metropolitan neighborhood, done up in eclectic architectural styles and still beckoning to people from all over.